From marionettes to rising folk stars, Mercyhurst offers something for everyone 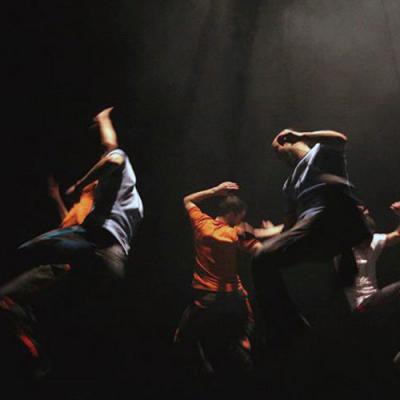 When one hears or reads about an art form that encompasses "exceptional artistry, grace, and refinement of movement" – puppetry may not be the first thing that comes to mind.

However, in the case of the internationally-acclaimed Cashore Marionettes, one would find this to be a fitting discovery. And the show just happens to be kicking off the 2013-14 live season at the Mercyhurst Institute for Arts & Culture, which runs from September through April.  The vignettes provide a sensitive, humorous, and entertaining revelation of what it is to be human through manipulation, music, and theatrical illusion.

"I'm very excited to be bringing the Cashore Marionettes to Erie," says Jamie Grady, director of MIAC. "In addition to what will be an astounding performance, we have partnered with the expERIEnce Children's Museum, and there will be several activities happening before the event as well."

"All of the time and energy we spent planning this season will show through the talented individuals and groups we were able to secure. The pre-show events are an added bonus."

Such partnerships are new to the MIAC. This latest initiative pairs each live performance with a local organization in recognition of the impact they've made in the community. Some of the organizations that the group is partnering with include: the Erie Asian Pacific American Association, Big Brothers/Big Sisters, the Erie Art Museum, and more.

"People can really expect something different," Grady adds. "Our community partners are helping us broaden our reach. Plus, it gives them an opportunity to showcase their organization, so our lobby will always be alive with activities prior to the events."

These pre-show parties will include live local music, tastings, food and refreshments, art shows, and more – at no additional charge to the ticketholder.

"All of the time and energy we spent planning this season will show through the talented individuals and groups we were able to secure," says Christine Olivier, assistant director at MIAC. "The pre-show events are an added bonus. Our main aim this season is to let everyone know that our gates are always open and there is something for everyone to enjoy."

While the Mary D'Angelo Performing Arts Center has previously been home to all mainstage performances, this year, the group has decided to expand its stage horizons. This coming October, Indie-folk duo The Bengsons, will perform at the Erie Art Museum, and in March, the hot, young jazz-fusion band Snarky Puppy will be performing at the crooked i.

"In addition to hosting this event at the Erie Art Museum, the group will stay in Erie to conduct a two-week residency of workshops leading into the final performance at the Museum," Grady says, speaking of the Bengsons.

And no fear Yamato lovers, the popular musical group of Japanese Taiko drummers, will be back again in November, this time celebrating their 20th anniversary.

"We are trying to build a season that is more accessible to the greater Erie community. While we recognize performance groups like Yamato do so well here and we will continue to bring them back, we are also trying different art forms and entertainment to see what clicks. I'm very excited for this season – especially because it is officially the first one that I have had a direct hand in choosing," says Grady, adding jokingly, "it has the Jamie Grady stamp of approval."

In addition, the Institute will soon unveil its fall film schedule and will also continue to offer "The Met: Live in HD," a series of live simulcasts from the Metropolitan Opera.

For a complete listing of the upcoming season, or to purchase tickets, visit: miac.mercyhurst.edu.