Revisiting the singer's career on her 100th birthday 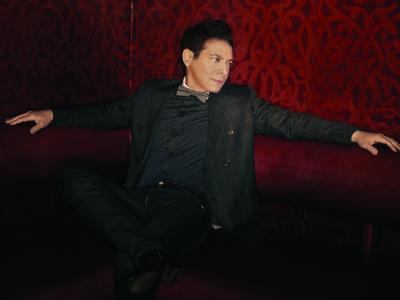 Contributed photo
Michael Feinstein has an impressive resume as a singer, pianist, music revivalist, and archivist and interpreter for the Great American Songbook. On Wednesday Oct 26 he will pay musical homage to iconic leading lady Judy Garland at Mercyhurst's Mary D'Angelo Performing Arts Center in honor of her 100th birthday.

Judy Garland's life was many things, especially for those invested in old Hollywood and theater: tragic, endearing, and iconic. Now, her life and 100th birthday are being memorialized in a show executively produced by Liza Minnelli. Join "The Ambassador of the Great American Songbook" Michael Feinstein in a career-spanning celebration that will include film clips, new photos, audio recordings, and of course, lots of laughter. This unique multimedia show is centered around Feinstein's secondhand stories of the legendary actress from Minnelli and other close friends, accompanied by nostalgic musical segments and previously unheard arrangements.

For the uninitiated, Feinstein is a singer, pianist, and music revivalist, and five-time Grammy-nominated recording artist. He's best known as archivist and interpreter for the Great American Songbook, making him the perfect host for this spectacular show honoring one of Hollywood's most beloved leading ladies. Readers will recognize Garland from her unforgettable role in The Wizard of Oz (as well as her timeless performance of "Over the Rainbow"), but it should also be noted that during her lifetime, she starred in a number of MGM produced films, including Meet Me in St. Louis, The Harvey Girls, and Summer Stock. She also starred in the original film adaptation of A Star is Born as well as her own Emmy-nominated series, The Judy Garland Show. In 1961, Garland became the first woman to win a Grammy Award for Album of the Year; over 60 years later, she remains an icon for theater lovers, and one deserving of this very fitting tribute.