Turncoat takes the small stage at Basement Transmissions on Oct. 17. 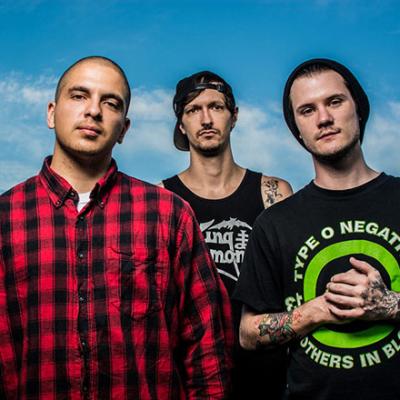 Turncoat takes the small stage at Basement Transmissions on Oct. 17. Their self-titled EP, released on Eulogy Recordings, is – if nothing else – honest to the core. The album is driven lyrically by the band's message of working hard to reach their goals, not quitting, not bowing to any trends musically, and creating their own spin on the traditional hardcore sound.

Touring with Turncoat is Soul Sucker, from London, Ontario. Soul Sucker's crushing breakdowns and beatdown style riffs are impossible not to mosh to. In fact, I'm listening to the breakdown in the song "Cynic" while typing this, and it's taking a lot of effort to not get out of my chair and start swinging my arms and spin-kicking across the living room.

Representing the BT regulars are the Lake Effect Hardcore newcomers Livid Life, and the pop-punk/melodic hardcore group Archway (who both share a member in yours truly). Archway recorded a full length album in the same studio as Turncoat, and recently released an EP, Crossroads, on Basement Transmissions Records; while Livid Life's EP, Get Livid, has been making its mark on local and neighboring hardcore scenes.

Other opening acts include Embrace the Hostility, a beatdown hardcore band from Punxsutawney, and Crazies, a horror punk band in the vein of The Misfits, from Fredonia, New York.

If supporting the local scene and great out-of-town hardcore bands isn't reason enough to come out to the show, considering the date lands on National [Straight] Edge Day, there may be a special Erie Hardcore-style surprise in store that you won't want to miss. – Tommy Shannon