Mike Kelly: Subject of Report on Widening Economic Gulf Between Representative and Constituent

The Washington Post features Mike Kelly in a report on the widening wealth gulf between representative and constituent. 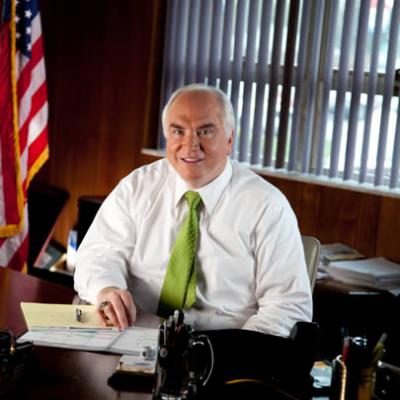 Just noticed thanks to the Erie Times-News twitter account that Erie's Congressman, Mike Kelly, was featured in a Washington Post report on the growing gap of wealth that separates representatives from their constituents.

The report compares Kelly -- the son of a successful self-made businessman and married to an oil heiress -- with Gary Myers, who represented the district in the mid-70s. Myers was the son of a bricklayer who worked his way through college and into a shift supervisor's job at a steel mill. Kelly's campaign cost over $1 million to run; over $350,000 came from his own pocket. Meyer's cost $33,000 -- $146,000 in today's dollars. The political stances of the two men varied. Kelly, as you know from reading this blog, opposes programs that help working-class Erie voters; Myers did not.

The article is a pretty good read. Essentially wealth and social status form politicians' beliefs -- as they do for everyone. And with the escalating cost of campaigning for office, wealthier representatives are filling up government.

Check it out. Form your own opinion.

As I read the thing, though, I kept gravitating towards Kelly's statements about his own situation:

The way my dad taught me was pretty basic: You have to kill more than you eat. You gotta wake up every day before anyone else, you better get to work, and you better stay later than everybody else," he said. "I'm a rich guy because I've worked hard. I gotta work every fricking day. Listen, nobody gives it to you. I compete. I'm not the only guy selling hot dogs at the ballpark, okay?

It's pretty oblivious to the real conditions that assail most Americans, isn't it? I'm not questioning Kelly's work habits here, or his fitness in running a business. But hard work isn't everything -- or even the most important thing.

Most Americans work their *sses off -- the U.S. leads the world in work hours and lack of guaranteed paid vacation time -- but most Americans aren't as wealthy as Mike Kelly. Many of us work multiple jobs to make ends meet, but often at low pay without benefits. Many of us had good careers and steady income before the recession took our jobs.

That is, hard work is nothing without opportunity.

In short, the difference between us and Mike Kelly is that Kelly inherited an extraordinary opportunity. He did not earn it. And he seems oblivious to his own dumb luck.

Opportunity -- for most -- is the casaulty in recent economic policy. Lowering taxes of the richest Americans; reducing government spending on crucial infrastructure such as schools, libraries, and bridges; gutting health, safety, and financial regulations; all of these things reduce opportunity for ordinary Americans. That's the root of economic inequality. These are the policies Kelly supports.

It's a glaring example of why those in Congress are startingly unfit to handle the economic crisis we currently find ourselves in. Instead of viewing economic inequality as a steady shrinking of opportunity for most, they exacerbate the problem by pursuing policies that protect their own privilege.

All you need to know is this: If Mike Kelly's father were a young man today, he could not have hoped to saved the money to start a business by working in a warehouse. He would need a father to gift him with one.

Mike Kelly, of course, is not the exception in Congress. He's the rule. And it's not a Republican vs. Democratic issue. The gulf between constituent and representative spans both political parties.