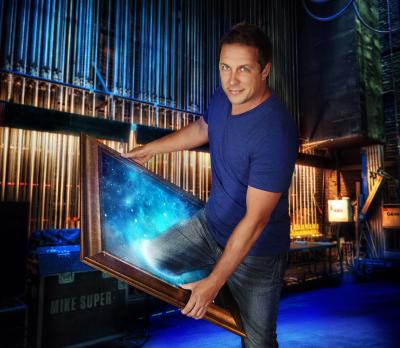 Easily one of the most sought-after magicians working today, Mike Super is now bringing his magic to Erie. A uniquely personable mystifier, Super's magic and illusions have a way of captivating audiences.

If you've never heard of Mike Super before, he has appeared on NBC's America's Got Talent, where he was a finalist, and the 2007 competition program Phenomenon, which he won. His incredible talent earned him a spot in the premiere episode of Penn & Teller's Fool Us TV show in 2017.

Since the age of six, Super has been working with magic and creating illusions. On average, he performs between 175-200 magic shows each year. As he continues to bring his tricks to the main stage, he is a star who's forever grateful to his fans, as well as his family.

If you're worried about bringing the kids, Mike Super's Magic and Illusion show is suitable for everyone in the family. Super has been a huge fan of Disney all of his life, and Disney was one of his main influences that originally got him hooked on magic.

No matter what age you are, it's never too late to let a little magic into your life. — Kalli Oberlander