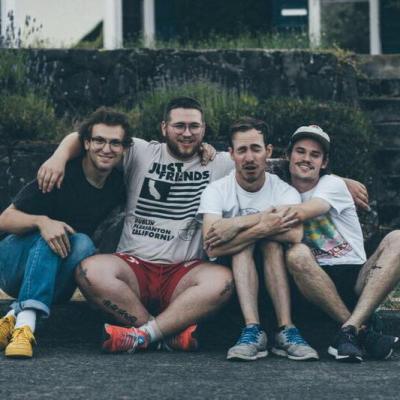 This will be Mom Jeans' first show in Erie, and tickets are selling fast. In 2018 the band released their album Puppy Love. So far, songs from this release have not hit the top of their streaming list, but the tracks blend seamlessly with 2016's Best Buds, so expect to hear a mix of old and new songs from the band.

Mover Shaker, a Detroit band, bring similar sounds with a slightly more upbeat tone. Prince Danny & The Hyena come to the Haus after a show in Syracuse with the headliners, where they promise to deliver a "sonic soundtrack" channeling the angst of America's mid-20-something.

Just as other shows by Aorta Music & Management Erie have been, this event is BYOB for those over 21 with proper ID, although no hard liquor is allowed at the show. — Hannah McDonald