Another sonically promising installment of 8 Great Tuesdays arrives July 19 at the Amphitheater at Liberty Park. 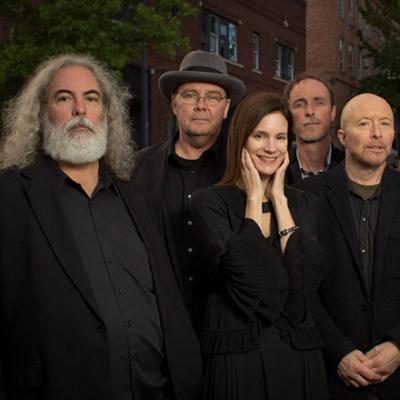 Smilo, lead vocalist and guitarist, says that this folk and Americana-influenced project "features some of the best players in the city."

According to Smilo, the group came together quickly and have been working hard. "I am extremely proud of what this band have been able to do in such a short amount of time." He adds, "I couldn't have asked for a better lineup – [these are] all seasoned, creative players." The sound is classic Americana, with a hearty emotive lilt and jaunty melodies. Check out "Nothing's Changed" via the band's Facebook page for a taste of their locally-spiced sound. This track layers instrumentation carefully, with a strong violin sweeping listeners into the first verse, and then into a hearty, booming chorus which sways up and above the rapid strumming and rhythm. "I've always wanted a full string band," Smilo says.

Smilo & the Ghost will no doubt raise up the crowd for 10,000 Maniacs, whose wide-ranging appeal and rich musical experience has engaged fans for decades. The Maniacs' latest release from last April, Twice Told Tales, is a collection of British Isles-inspired folk songs, complementing the storytelling sonic theme. – Miriam Lamey