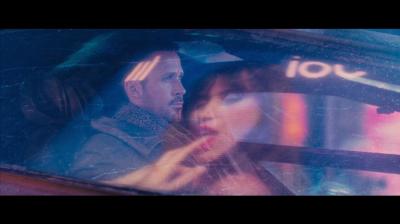 We are currently living in the age of the remake. Whether they are called "remake," "re-imagining," or the dreaded "soft reboot", Hollywood films are obsessed with taking a story that has already been told and giving it a few new bells and whistles. Fortunately, Denis Villeneuve's new film Blade Runner 2049 is the exception that proves the rule.

Set 30 years after Ridley Scott's masterful original, the film stars Ryan Gosling as a new "blade runner" (cops tasked with hunting down human-like androids who have gone rogue) who discovers new evidence that may lead him to the whereabouts of renegade blade runner Rick Deckard (Harrison Ford), who escaped with a fugitive android and disappeared. During his investigation, Gosling's character (known only as "K") unknowingly becomes a key player in the decades-long feud between escaped android slaves called replicants and the corporation that designed them who wishes to keep them controlled.

Thankfully, the films doesn't just tell the same story over again. This is a direct sequel that expands on and advances the themes of the 1982 original, and like the original, this film is a visual marvel, bringing the bleak cityscape of future Los Angeles to life. It contains some of the most spectacular visual effects and music that I've ever seen in a film, with a tight, intriguing story that makes the film's massive 164 minutes fly by. However, it lacks more of the esoteric and philosophical themes that fans of the original (myself included) may be longing for. While it may work better as a traditional sci-fi thriller, the film doesn't have anything as poetically beautiful as Rutger Hauer's "Tears in the Rain" speech that the original had in spades.

That being said, hopefully people can get past the slow pace and long running time and check out this smart, suspenseful and expertly made science fiction film. In an age of quick cash-grabs and creative bankruptcy, seeing a direct sequel lovingly made by a true fan is like finding an origami unicorn amongst a pile of shredded paper. — Forest Taylor