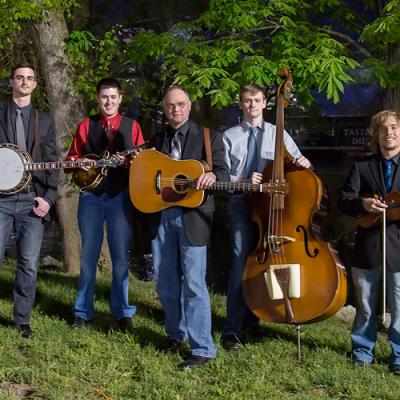 Roger McGuinn of The Byrds played Mercyhurst University's Mary D'Angelo PAC about ten years ago, to a fully appreciative crowd. But before McGuinn announced his entrance with that trademark Rickenbacker riff from "Turn, Turn, Turn," a diminutive, 17-year-old woman walked onstage. No instruments. No accompanist. Just a voice clear and pure and timeless as the Appalachian ballads she's made it her mission to preserve and proliferate. I recall a beat or two before the audience erupted in applause after her first song. It was as though no one wanted to disturb the mood she'd created. Transfixed by hearing her breath turned to sound, we'd all been holding our own.

LaPrelle continues to keep Appalachian music alive and evolving, as one-half of the duo Anna & Elizabeth.

That woman was Elizabeth LaPrelle, and on Nov. 20, she'll perform at the Erie Art Museum. LaPrelle continues to keep Appalachian music alive and evolving, as one-half of the duo Anna & Elizabeth (check out their Tiny Desk Concert on NPR!) and as host of the Floyd Country Store Radio Show.

Also on the bill is Southwestern Virginia band Jeff Brown & Still Lonesome, a group likewise practicing the art of preservation, this time of bluegrass. Country artist Marty Raybon called them "one of the most solid hard-hitting bluegrass bands to be formed in the past 10 years."

All that, and the show is free, with a suggested donation of only $20. — Katie Chriest