For the first time in eight years, America's longest running dance troupe will make a stop in Erie. 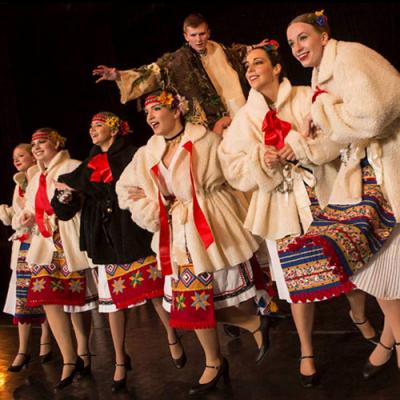 For the first time in eight years, America's longest running dance troupe will make a stop in Erie.

The Tamburitzans, a unique troupe that performs songs and dances of international cultures, and which is comprised of college students – including Erie native and Mercyhurst Preparatory School (MPS) alumna, Kaeli Stolar – will perform later this month at the MPS Performing Arts Center as part of its 80th season.

"I'm excited to perform for my hometown so that they may enjoy this unique experience," said Stolar, who graduated from MPS in 2014.

This year's show, titled "Jubilee," includes music, songs, and dances that are featured at cultural celebrations like weddings, anniversaries, and rites of passages.

The Tamburitzans, also known as the "Tammies," officially began in 1937, but the idea began in the early 1930s at St. Thomas College in St. Paul, Minnesota, where A. Lester Pierce formed a group of three talented musicians, later dubbed the St. Thomas Tamburitza Trio. When Pierce moved to Austin, Texas, he took his idea along, creating the St. Edward's University Players, also known as the American Tamburitza String Orchestra.

A few years later, in 1937, Pierce settled in Pittsburgh, where he formed the Slavonic Tamburitza Orchestra, probably best known as the Duquesne University Tamburitzans, even though the group is no longer affiliated with the university.

The performers, who are also full-time students, hold shows across the United States throughout the academic year. – Tracy Geibel