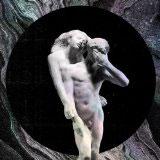 In February 2011, Arcade Fire shocked the music world. The Montreal rockers became the pride of the indie music world when their third album The Suburbs took home Album of the Year honors at the 53rd Annual Grammy Awards (but not Best Alternative Music Album, because logic is hard). Two years later, fans of the band have high expectations for their newest release, and fortunately, Reflektor lives up to them. Not ready to rest on their laurels, the members of Arcade Fire brought in LCD Soundsystem mastermind James Murphy to produce, and his influence is apparent. If debut album Funeral set a cold, wintry scene and The Suburbs created visions of a balmy Florida community, then Reflektor sounds like a massive Haitian party with one of the world's most desired bands and DJs. There are some areas where Reflektor could have used some trimming, but songs like the title track and the dreamy "Afterlife" are well worth the wait. Alex Bieler

Typically when record labels come out with a 10th Anniversary Edition for an album, the original release was pretty good. That's certainly the case with Death Cab for Cutie's Transatlanticism, which turned a decade old Oct. 7, making plenty a fan feel much older in the process. The re-release, however, offers up the demo version of the 11 tracks that turned heads back in 2003, providing a new take on familiar tunes. For the most part, the demos simply provide an acoustic take of each track, which is nice, but nothing essential, unless you're a diehard Death Cab fan. Still, there are a few noteworthy nuggets, like a slowed-down take on the previously up-tempo "The Sound of Settling." The best, however, is a gorgeously simple version of "Tiny Vessels," an emotional gut-punch of a tune without the bells and whistles of the master version, a nice treat out of a bunch of solid bonus tracks.  Alex Bieler

After years of doom and gloom, Welsh sextet Los Campesinos! manage to brighten up a little bit on their fifth album. Fans of the rousing indie rockers shouldn't be too worried about the change in mood, as No Blues still contains heavy doses of death and football (soccer for the more 'Murican among us), but these songs have some fun layered in with the lush compositions. Album standout "Glue Me" manages to balance singer Gareth Paisey's fears of "Two wrist watches, tick-tick-tocking, second hands slightly out of time, a constant reminder, a constant subtle reminder that one of us will be gone before the bells of the other chime," while slipping in the punny "Draw me like one of your fence, girls" just a few lines later. With the building choruses and harmonies, the Los Campesinos! turn No Blues into something oddly life-affirming, a constant high note during a sad story. Alex Bieler

As the 20th Century drew to a close, Eminem introduced us to his sardonic Slim Shady through the appropriately titled Slim Shady LP. One year later, as he was approaching his thirties, Marshall Bruce Mathers III introduced the world to the more mature and troubled self with, well, The Marshall Mathers LP. The two albums left listeners wondering: Who's the real Eminem – SS or MM? Following releases like Encore, Relapse, and Recover entertained but failed to match the intensity and scope of Eminem's two sort-of self-titled releases. Cue the record scratch. Thirteen years later, Eminem returns to these pseudo-selves with The Marshall Mathers LP 2, an in-your-face, obnoxiously delightful take on being troubled, successful, and 41. Uniting the worlds of SS and MM with the disturbing album-opener "Bad Guy" that punches this white-knuckled joyride into overdrive, MM 2 reveals a brutally honest, brutally authentic, real Eminem – especially when he's being an "Asshole" and going "Berzerk." Ben Speggen