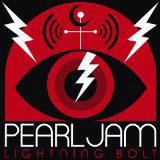 At times, it can be hard to remember that Sky Ferreira is primarily a musician. The 21-year-old has been on the music radar since she was signed by Capitol Records six years ago, but recent developments like her modeling shoots and the arrest on drug possession with her boyfriend and DIIV frontman Zachary Cole Smith have diverted attention away from the synthpop that first earned her buzz. To her credit, Ferreira acknowledges this reality on her debut full-length Night Time, My Time, singing.  "I just want you to realize I blame myself for my reputation" amid shimmering '80s synths on album standout "I Blame Myself." Elsewhere, she mixes in some grungy tones to complement the sultry vocals that helped get her noticed in the first place, shining on tracks like "Ain't Your Right." She may have a busy life, but Night Time, My Time shows that Ferreira is a musician first and foremost, and a particularly talented one at that. Alex Bieler

Despite being just 19 years old, English singer/songwriter Jake Bugg seems much more comfortable in the early '60s than in the age of Internet. Drawing from Bob Dylan and Don McLean, Bugg's sophomore album Shangri La is chock-full of acoustic nuggets, with some rockier tunes filling in the edges. In fact, with renowned producer Rick Rubin at the helm, Shangri La starts off with more grit, notably on the quick-hitting "What Doesn't Kill You" and "Slumville Sunrise." After the opening trio of tracks, the album takes a turn toward Greenwich Village, with mixed results. After enough songs, Bugg's nasal vocals can begin to grate, particularly when he tries to belt out lyrics, resulting in some diminishing returns. It ends up sounding rather one-note, which is a shame, because the talented teen has some solid tracks, but nothing quite remarkable enough to take Shangri La to the next level. Alex Bieler

Back in 2010, Best Coast helped provide a wonderful soundtrack for any good ol' Internet-loving slacker. The Bethany Cosentino-led duo was just the right mix of sunny rock tunes about lazy Saturdays, fun times, and Cosentino's cat Snacks to earn quite a bit of buzz. Still, Best Coast's tunes were enjoyable, but skin-deep, providing three-minute blasts of good times that wouldn't stick around much. On the Fade Away EP, however, it sounds like Cosentino is starting to grow up a bit. The seven track set starts off with "This Lonely Morning," a rather polished and catchy 163 seconds of melancholy hidden below the typically sunny guitar chords. On Fade Away, Cosentino sounds like she's gaining confidence in her own voice, although she still relies on familiar lyrical tropes like her penchant for repetition, which is quite noticeable even on a shorter format. Still, Cosentino is growing, and Best Coast is better for it. Alex Bieler

Amidst massive losses to the Seattle grunge-rock scene – Kurt Cobain and Layne Stanley – and amidst massive dilution of a raw sound for commercial gain – Creed and Nickelback – Pearl Jam remains as relevant as ever. Retaining the angst-driven rock they've been known for for over two decades, the band fluidly moves from the power-chord, fist-pumping snotpunk rock of album opener "Getaway" and lead single "Mind Your Manners" (think: "Even Flow" and "Do the Evolution") to their signature anthemic ballad rock on album standout "Sirens" (think: "Alive"). "Everyone's a critic looking back up the river; every boat is leaking in this town…" Eddie Vedder sings on "Getaway." And in "Sirens:" "It's a fragile thing, this life we lead. If I think too much, I can get overwhelmed by the grace by which we live our lives with death over our shoulders," showing that regardless of the sound, Pearl Jam is thought-rock, the best kind of rock to remain relevant. Ben Speggen