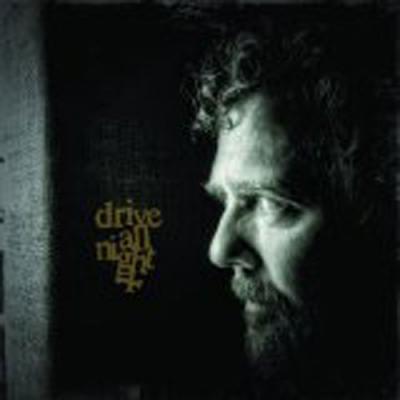 To call Nils Frahm a pianist almost seems unfair, although the 31-year-old German musician and composer is a master on the ivory keys, as noted by his beautifully sparse work on Screws last year. On Spaces, however, Frahm acts more as a world builder, creating layered tracks, melding the classical and the electronic in ways that build upon each other until it becomes an immersive experience, arpeggios propelling the action forward while Frahm adds more and more detail until the music stops, replaced by clapping hands and cheering voices. It can be easy to forget at times that Spaces was recorded in front of a live audience, but once again, it would be unfair to call it simply a live album. Frahm instead provides an experience of both set pieces, like the gorgeous "Says" and "Said and Done," as well as interesting improvisations and experiments that all build up to one absolutely stunning album. Alex Bieler

Faithful covers can be nice, but they're most interesting when a band tries to put its own stamp on them. Ornate indie rock band Shearwater has always maintained a certain dramatic, orchestral feel, anchored around leader Jonathan Meiburg's soaring tenor, a golden voice permeating through a wall of golden production. On Fellow Travellers, Meiburg and company try out songs by well-known bands and give them a special Shearwater sheen to mixed results. It's not as if any of the songs are bad, but not every track lives up to the original, as "Cheerleader" loses St. Vincent's eerie charm and rocker "I Luv the Valley OH!!" is rather enjoyable but misses out on the feeling of genuine pain imbued by Xiu Xiu's Jamie Stewart. Shearwater's version of "Hurts Like Heaven," however, sounds wonderful, stripping away the Coldplay's cutesy production, and a softly echoing take on David Thomas Broughton's "Ambiguity" is absolutely gorgeous, a standout track in an interesting collection.  Alex Bieler

Back in the days of Dookie, you'd be hard-pressed to find a Green Day fan that thought that Billie Joe Armstrong would eventually cover lesser-known albums of harmony-loving artists from the '50s and '60s. Well, times have changed. Armstrong teamed up with Norah Jones for Foreverly, their take on Songs Our Daddy Taught Us, the sophomore album of The Everly Brothers. It's an odd choice, as Songs was, in essence, Don and Phil Everly's tribute to songs that they listened to with their father, but Armstrong and Jones are devoted to the project nonetheless. The two make for a surprisingly good vocal duo, the smokiness of Jones' voice balancing out Armstrong's limited range. The problem with Foreverly is that it gets rather boring. Opener "Roving Gambler" is pleasant enough, but by the sixth track, it seems like Armstrong and Jones were too focused on soft-strumming and sweet-singing to provide any new life into the source material.  Alex Bieler

Glen Hansard's new EP Drive All Night opens with a cover of the Bruce Springteen's song by the same name. Featuring backing vocals by Eddie Vedder and saxophone licks by Jake Clemons, the rendition – bright, bold, and full – features less Boss-esque boot stompin' rock, focusing more attention to Clemons' wail, a beautiful tribute to the elder and late Clemons, Clarence. But the three songs that follow fall flat, as Hansard whimsically rehashes similar love-lost and regret tropes he found success with on Once. But where he used to tug our heartstrings and tie them into a tightly wound depressing yet invigorating bow of gutpunch heartbreak ("Leave" and "Say It To Me Now"), the singer-songwriter falls prey to worn-out images and busted clichés, crooning: "We laid long in the tall grass… We threw our pennies in the fountain and wished for nothing else," which makes the rest of this drive feel dull, tiresome, and directionless.   Ben Speggen