Spethz, James Vincent McMorow, Lanterns on the Lake, and Warpaint -- all reviewed for your listening pleasure 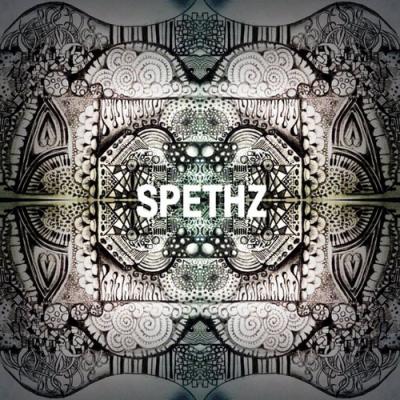 Spethz is not so much a band you casually listen to as much as you personally experience. On their self-titled EP, the local four-piece experimental rock group put together five twitchy, atmospheric jams, evolving pieces that twist and grow into intriguing songs. The EP kicks off with "Codename Missing," a strong, nearly six-minute opener featuring a toe-tappingly good beat akin to a later-era Radiohead rhythm. "Singularity" impresses with its crunchy bass lines and exciting guitar licks before leading into standout track "Tunnel Vision," a joyous five minutes highlighted by drummer Ian Maciak's propulsive drumming and Christopher Reuss' Ari Picker-meets-Brent Knopf vocals. From there, the EP turns to the dark trumpet-led "Procyon," which seems a bit out of place, but certainly satisfies when it comes to a brooding, experimental brass piece. Even though final track "Truth" comes off as a bit scatterbrained, the EP is an exciting listen into Spethz's potential.  Alex Bieler

At first, the cover art and title of James Vincent McMorrow's latest album comes as a bit of a surprise, but after a few listens, Post Tropical starts to make sense. McMorrow earned his fair share of comparisons to Bon Iver's Justin Vernon for his soaring falsetto and wintry folk arrangements on his debut album, but like the sunny beach adorning the front of Post Tropical, there is a bit of warmth in the Irish singer/songwriter's latest songs. While there are certainly plenty of Vernon-esque moments on the new album, Post Tropical finds McMorrow swapping out the folk for R&B, as evidenced on standout lead track "Cavalier," the singer's falsetto soaring amid a building background of horns and backup singers. As expected, McMorrow's vocals are stunning, whether he's being supported by lush orchestrations or minor touches on the beautiful "Red Dust," making Post Tropical a fine sophomore effort from the Dublin native.  Alex Bieler

Lanterns on the Lake

Until the Colours Run

Influenced by the departure of two band members and economic issues in the United Kingdom, Lanterns on the Lake's latest album is certainly a darker affair, with singer Hazel Wilde leading off songs with lines like "When I started, I was living like an animal and I didn't have a hope in hell" on "The Buffalo Days." While the messages may be depressing at times, the music itself certainly isn't, as the symphonic quintet manages to create soaring soundscapes, akin to the cinematic songs of Explosions in the Sky, but with less bombast and Wilde's reverb-laden vocals. Until the Colours Run contains plenty of building arrangements and soaring guitars, but unfortunately, the climaxes don't hit as hard as they could, resulting in wandering tunes instead of songs that command a listener's attention. Still, when Wilde and company are on point, their music can soar.  Alex Bieler

Atmospheric, pulsing, and ethereal, Warpaint marks the much-anticipated return of the LA-based quartet by the same name. On their self-titled sophomore LP, the four women explore a post-punk, indie-pop ambience drenched in swells of siren-esque vocals and waves of hypnotic riffs to create twelve sprawling songs that work collectively as a single brooding yet cool composition. The band flows seamlessly from album-opener to "Intro" to "Keep It Healthy," invocative of M83, The xx, and alt-J, which signals early – and clearly – that Warpaint is a marked departure from the sound of the group's debut LP The Fool. Psychedelic "Biggy" is intoxicating with an enthralling looping melody bubbling atop shuffling then rippling drums that slowly build with layers of auxiliary percussion, revealing that Warpaint's new sonic soundscapes are more broadly painted with wide digital brushes, leaving the guitars to round out their artwork with fine, clean touches. Electrifyingly good, Warpaint is minimalistically gorgeous yet complexly rich.  Ben Speggen