Chrome Moses, Portugal. The Man, Laura Marling, and Queens of the Stone Age -- all reviewed for your listening pleasure. 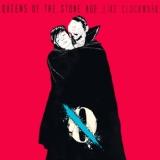 Hailing from a town just two hours south on I-79, Pittsburgh rockers Chrome Moses provide some good old-fashioned rock on their self-titled seven-song release. The trio kicks things off with "Boot Zipper Blues," a rollicking four minutes of The Strokes-inspired guitar work, bopping bass lines, and cymbal crashing goodness. Guitar fans will be pleased by the thumping, bluesy solos provided by Joe Piacquadio, whose soulful voice permeates through the tracks, breaking into a brawny, Caleb Followill-like squeal when provoked. After "Boot Zipper Blues," the rocking continues on "Black Hearted Girl" and "Cinnamon Moon." The second half of "Chrome Moses" continues along the same formula, and though it contains admirable efforts, it doesn't compare with the first trio of tracks, although bonus track "Knock One More Time" provides a nice, swampy change of pace while showing of Piacquadio's vocal abilities, rounding out an intriguing first release for the Steel City band. - Alex Bieler - 3.5 Stars

While it may not seem so long to some bands, the nearly two years Portugal. The Man took to release their follow-up to their Atlantic Records debut "In the Mountain In the Cloud" was a long gap for the Alaska-raised, Portland, Ore.-based band, having pumped out an album each year from 2006 to 2011. Still, when the group got Brian Burton, aka Danger Mouse, to produce latest effort "Evil Friends," the extra time seemed worth it. With Burton behind the knobs, the band maintains a darker vibe throughout the album, all while keeping songs fun, in large part due to frontman John Gourley's youthful voice. Portugal. The Man certainly succeed in creating a batch of tunes that keep your head bopping ("Evil Friends" and "Hip Hop Kids"), although by the latter third, the formula starts to drag. Still, with Burton's help, Gourley and company succeed in pumping out a rousing, radio-friendly release. - Alex Bieler - 3.5 Stars

Once I Was An Eagle

When it comes to Laura Marling, the phrase "wise beyond her years" immediately comes to mind, and understandably so. At just 23 years old, the British singer/songwriter manages to create deftly arranged, '60s folk-inspired songs with engaging lyrics, all in a voice similar to if Regina Spektor aged a decade or two and ended up settling for cold-hearted logic over fanciful dreams. Appropriately, her latest album "Once I Was An Eagle" focuses on the battle of logic and love, kicking off with a wonderful four-song set highlighted by the soaring yet tragic "I Was An Eagle," in which Marling announces "Every little girl is so naïve… I will not be a victim of romance. I will not be a victim of circumstance." Over the course of a hefty 16 songs, Marling's journey out of and back into love capture your imagination, lovely songs wrapped in sepia tones. - Alex Bieler - 4.5 Stars

Queens of the Stone Age

This album to most, more than anything, will be about the supporting cast. "Clockwork" sees the return of former bandmates Nick Oliveri and Mark Lanegan, along with Dave Grohl drumming for one-half of the album, coupled with guest spots from Trent Reznor, Jake Shears, Alex Turner, and even Elton John. But make no mistake: This album is Josh Homme – the sole continuous band member and principle singer/songwriter – a collection of wails, coos, oddities, and pleasures. The band's sixth studio album – the first after their last two albums (2005's "Lullabies to Paralyze" and 2007's "Era Vulgaris") fell far short of the critics' darling (2002's "Songs for the Deaf") – lacks the thrashing intensity of "Songs," but is no less pleasing. It's quieter but sharper with Homme's barbing songcrafting, proving that he knows not only how to write damn good songs but how to assemble a damn good cast to support his work. - Ben Speggen - 4 Stars