Beck and St. Vincent plus two local albums reviewed for your listening pleasure. 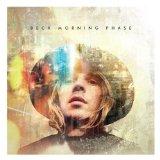 Although Beck calls his first new album in six years a companion piece to his stellar 2002 album Sea Change, it's hard not to think of Morning Phase as a sequel. It can be a harsh designation, as the word "sequel" often leads one to think of lesser versions of a beloved original, but we find Beck treading the familiar melancholy territory of Sea Change, just not quite as well as he did 12 years ago. Of course, that's not to say that Morning Phase isn't a worthwhile return to heartbreak; in fact, it's a lovely set of 13 tracks assisted by an ample amount of sorrowful strings and reverb. It's hard not to get sucked in when Beck yells "I'm so tired of being alone" to kick off the excellent single "Blue Moon," while the veteran musician creates lovely arrangements for his new assortment of sad songs. Morning Phase may feel like a sequel, but it's certainly a worthy one. - Alex Bieler

It's not often that a musician could describe their sound as a sort of "techno-shamanism," but when Annie Clark of St. Vincent used that term to describe her new album on The Colbert Report, it sure did fit. St. Vincent, Clark's fourth solo album under her saintly pseudonym, is a musical marriage of earthly desires in a digital age. "I'm entombed in a shrine of zeroes and ones" she sings during the dark, fuzzy breakdown of "Huey Newton" before the album shifts to the exquisite, almost robotic single "Digital Witness," an efficient track influenced by Clark's time working with David Byrne. Elsewhere, Clark displays her impressive fretwork on "Birth in Reverse," showing off her ability to provide soft and rough textures to her sonic soundscapes. Clark's career has been fascinating to watch, and on St. Vincent she's become the queen of her own musical world. - Alex Bieler

Just one year after releasing their debut album Five Seat Concert Hall, Erie-based Americana pop-rockers Strangers and Liars return with their sophomore follow-up Live That Way. Ten tracks – including a full-band version of drummer Tom Hitt's "Elizabeth Off and On" (a cool tune then, and a cool tune now) from his solo record Scribe and Jester – capture the essence of good, ol' fun rock 'n' roll. Some of the songs play a bit long and could benefit by losing a phased-out guitar solo or three, but the loose feel the band plays with creates the sense that four guys at work are having fun and enjoy the experimentation that comes with making music. While it is one of their longer songs, album standout "Lost" captures Tommy Link's songwriting at its best, blending thoughtful lyrics with a catchy melody with a tight delivery from the rest of the band.- Ben Speggen

Sonorous, solitary, and somnambular, Sojourn's 11 tracks display a wide range of emotional expressiveness reminiscent of a backwoods expedition through uncharted sylvan dales; with veteran local fingerstyle guitarist and composer Jerry Gaff leading the way on the mostly-instrumental journey, expect to experience rich and deeply moving Americana-esque themes that occasionally include tinges of isolation and melancholy that gracefully subside, revealing a warm, comfortable destination just over the next hill. While it may be a stretch to call the inclusion of the vocal track "Breathe Deeply" a "gaffe," Sojourn could have benefited from the omission of this mood-breaker, however, overall, this album — mostly recorded and mastered at Cycling Troll Recording Services in Fairview, Pa. — is still worth a spin, whether you're trekking through the wilds on a raw winter's day, or laying in a candlelit bathtub with a bottle of American Honey. - Cory Vaillancourt