Real Estate, Elbow, Sharon Jones & The Dap-Kings, and Clay Snyder -- all reviewed for your listening pleasure. 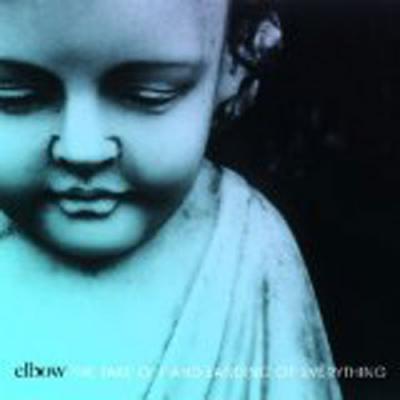 With the release of their third studio album, the members of New Jersey indie group Real Estate have continued to establish that they are very good at creating breezy, reverberating pieces of shimmering guitar tracks. Atlas provides another serving of the band's now signature sound, although there is a dose of melancholy beneath the band's sunny guitar work, with thoughts of anxiety and loss dotting singer Martin Courtney's lyrics. It's a subtle shift for Real Estate, and one that has mixed success, as more somber songs, like "Primitive," never really grab your attention like past tracks off of the band's excellent album Days. Still, there are some very enjoyable pieces to Atlas, such as the catchy "Talking Backwards" or dreamy opener "Had to Hear." Atlas isn't always memorable, but it's another solid entry into Real Estate's breezy repertoire – although the members may have to start mixing things up to keep our attention next time. — Alex Bieler

The Take Off and Landing of Everything

Given how often bands seem to pump out break-up records, it's understandable for listeners to be a bit hesitant when the term is thrown out for a new album, as it is for Elbow's latest release The Take Off and Landing of Everything. Still, sad songs have a special ability to draw people in, and it's easy to get sucked in by the British band's sixth studio album. Inspired in part by lead singer Guy Garvey's breakup with his longtime girlfriend, The Take Off and Landing of Everything is a spacious and, at times, gorgeous set of songs about the highs and the lows of relationships, both romantically and with close friends. Garvey and company apply a careful amount of craftsmanship to tracks, such as "Fly Boy Blue/Lunette" and "New York Morning," giving tracks breathing room to provide a lovely background for Garvey's soaring vocals, a proper take off for a break-up album. — Alex Bieler

Give the People What They Want

Since their debut in 2000, Sharon Jones and the Dap-Kings have become torchbearers in the funk/soul revivalist movement. Rooted at the foundation of Daptone Records, their brand of funk harkens back more towards the grit of the JBs rather than west coasters Parliament. On their sixth LP, you find them doing what they do best: laying down track after track of soul and funk. A decade in the game and a roster of accomplishments – from soundtracks and world tours to backing up Amy Whinehouse in the studio – you would think that by now they would be playing to major label demands. From the second the drums hit in "Retreat," all concerns are put aside. Weaving tales of love gone wrong and hard times, Sharon lets you know she has felt your pain and she is singing your song. At the same time, blasting horns and drum breaks make this a dance party waiting to happen wherever you may be. — Iggy Imig

Hey, you! Have you ever wondered what would happen if you took the spacey sparse ethereality of Chris Whitley, layered it atop the minimalist electronic sensibilities of the rock band Doves, then slathered it all up with vocals from a laboratory-created triple-stranded DNA helix consisting of Christopher Cross, Maynard James Keenan, and Kenny Loggins? Have you?! Well if so, boy do I have the guy for you. This guy – guitarist and singer-songwriter Clay Snyder – landed in Erie from Hawaii less than two months ago and brought with him an album that's different and interesting and a breath of fresh air from the somewhat self-cannibalizing scene sometimes seen here. That Snyder's got talent is apparent on "Your Own Path," the aforementioned 5-track album, but the most interesting thing he's got going is that voice; it'll be exciting to see how and where he fits in after this strong album starts making the rounds. — Cory Vaillancourt