Kanye West, SigurRos, The Baptist Generals, and Surfer Blood all reviewed for your listening pleasure. 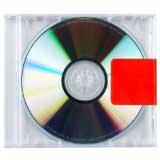 To call "Yeezus" abrasive yet ambitious might be the understatement of the summer. It bursts open with the co-produced Daft Punk "On Sight" with Kanye being, well, even more Kanye. He cautions: "The monster about to come alive again," then asks listeners to guess just how much he cares what they think to answer with a divisive shift in sampling resulting in a smartass answer of let me show you, not just tell you. Such a gauche shift works and isn't uncommon here, like when "Hold My Liquor," features both Bon Iver's Justin Vernon and up-and-coming Chicago rapper Chief Keef. If there's a contemporary artist to truly not care what other people think and do his own thing – after all Kanye claims he both talks to and is a god – it's Kanye. "Yeezus" is an alpha-male, overtly sexual, political, thoughtful, breakneck 40 minutes of beautifully arranged musical cornucopia that is both brilliantly daring and provocative. ~ Ben Speggen 4.5 Stars

After receiving mixed reviews for "Valtari" last year, it didn't take Icelandic ethereal rock outfit SigurRos long to return with "Kveikur." As usual, the album contains the expected dosage of shimmering sonic textures to go along with singer Jonsi's angelic voice that has helped define the post-rock group's nearly two-decade run. On this new release, however, the band decides to get a little rougher. Opener "Brennisteinn" starts the album off on a sinister note, unafraid to churn out dark distortion as Jonsi's vocals sway in and out of the cymbal hits and gurgling bass. In fact, "Kveikur" marks some of the most explosive moments that drummer Orri Páll Dýrason and bassist Georg Holm have provided in recent memory. It can be unsettling at first, and it doesn't quite match up to the band's earlier albums, but there's enough sweetness amid the harder moments to keep things interesting. ~ Alex Bieler 4 Stars

Jackleg Devotional to the Heart

After a 10-year wait, Denton, Texas outfit The Baptist Generals mark their return with new album "Jackleg Devotional to the Heart," and it's a welcomed one. Opener "Machine En Proplepsis" greets listeners with two-and-a-half minutes of quickly strummed acoustic guitar and chirping synths, an apt intro for the quirky, drunken folk that's to come. Following track "Dog That Bit You" introduces singer Cee Flemmons' personal lyrics as he squawks out lines while the track bops along with a quietly squealing guitar. Where "Jackleg Devotional to the Heart" really succeeds is in songs like "Turnunders and Overpasses" and "Snow on the FM," where the Texans manage to keep their quirks while giving each tune a warmth that draws you in even closer to Flemmons' vocals and gives the blasts of energy in "Broken Glass" even more weight, keeping the album on your mind long after it has stopped playing. ~ Alex Bieler 4 Stars

As Surfer Blood's first album since frontman John Paul Pitts's arrest for domestic battery (charges were later dropped), "Pythons" can feel a bit awkward for fans of the Florida rockers. As can be expected, Pitts channeled the event and his relationship with his then-girlfriend to fuel much of "Pythons," filling the album with plenty of finger-pointing at false accusations and apologies to those he's affected. It can make for some conflicted listening, murky lyrics lying amid a bed of sunny fuzz-pop. Much like the band's first album, "Pythons" is full of catchy hooks, although nothing on the new record manages to grab your attention quite like the sonically-pleasing "Astro Coast." Lead single "Weird Shapes" and "Demon Dance" certainly sound fun, but the rest of the album just can't quite hold up to Surfer Blood's superior debut, even when you don't factor in the lyrical content. ~ Alex Bieler 3 Stars