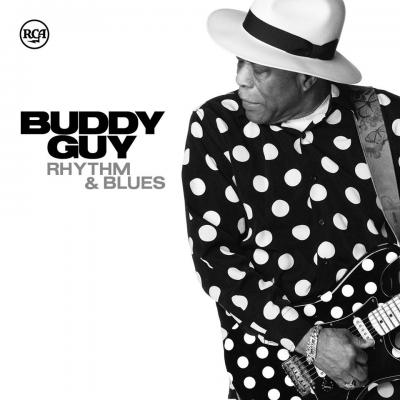 With a darker, more brooding tone and a fuller sound than 2011's "Barton Hollow," it's easier now to draw the comparison of this folk-country-pop-rock duo to country-pop-rock powerhouse Lady Antebellum. But The Civil Wars manages to retain a more grounded, Earthy-indie feel. The folk-rock elements ("The One That Got Away") carry the album, still satisfying listeners captivated by the more subdued 2011 Grammy-winning debut, with Joy Williams' powerful vocals again stealing the spotlight. John Paul White proves he can go as damn near close to note-for-note with Williams on album standout "I Had Me A Girl." But the following song, appropriately titled "Same Old, Same Old," while sweet and melancholy, offers exactly that: the same old sound, and after those initial two rip-open-your-chest-and-bear-your-heart-while-the-thunder-roars songs – the album's first two, actually – everything else seems to blend together in an easily forgettable pang of heartache-frustration-revelation-angst that fails to show any more growth. - Ben Speggen 3.5 Stars

After listening through Washed Out's catalog, one could presume that Ernest Greene is more of a lover than a rocker. The silky-smooth musician prefers a more relaxing style of music, one part chillwave with a dash of dream-pop, a mix that continues on his latest album "Paracosm." Now, if his last effort "Within and Without" could have acted as the soundtrack for some amorous nighttime activities, "Paracosm" seems much more suited to a warm, post-coital morning embrace, even down to the chirping of birds at the beginning and end of the nine-song set. Greene has a knack for creating some rather pretty sonic landscapes, with second track "It All Feels Right" helping to get "Paracosm" off to a good start. At times, the album's dreamy sounds feel a bit tired after the sixth serving of echoing textures, but if you're looking for some good cuddle music, you've found it. - Alex Bieler - 3.5 Stars

Buddy Guy just keeps on going; on the heels of 2010's Grammy-award winning "Living Proof," this living legend's 68th album, "Rhythm and Blues" is actually a double album and his sixth release since he's turned 70. Buddy uses the opening song "Best in Town" to prove he's still, umm, the best in town, despite the downright sacrilegious molestation of "Messin' with the Kid" – his and frequent collaborator the late great Junior Wells' theme song, forever soiled by the addition of Kid Rock – but he almost makes up for it with a tender number featuring Keith Urban and a barn-burner featuring new guitar-heavy Gary Clark, Jr. You may think his best work is behind him – and you may be right – but as soon as Buddy opens up on one of his always-searing Stratocaster solos, chances are, you won't even care.  -  Cory Vaillancourt - 3.5 Stars

For a band that's been active for nearly 25 years, "I Hate Music" seems a rather odd choice for the name of their newest album. Still, for the veteran Chapel Hill, N.C. rockers, the title is not so much a damnation of the sonic arts as much as a resignation that despite the music that can change your life (Thanks, "Garden State"), it can't always save it. As Mac McCaughan sings "I hate music, what is it worth?/ Can't bring anyone back to this earth" on "Me & You & Jackie Mittoo," a sadness permeates the album, which was dedicated Dave Doernberg, a longtime friend of the band who died from cancer in 2012. "I Hate Music" grapples with death and the inevitability of growing older, but, as Superchunk records tend to do, manages to sound vibrant and alive, with ripping guitar solos and pristine punk-pop jams shining through the darkness. - Alex Bieler  - 4.5 Stars