Anyone who enjoys a good Netflix binge should love this production of Gannon University's A Doll's House. 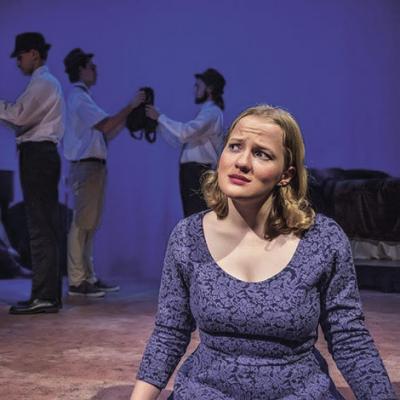 In a day and age when social causes seem to be coming to a head, the 2017-18 season at Gannon University's Schuster Theatre seems primed to push boundaries with a number of shows deemed both important and relevant considering the times. According to professor/director Alaina Manchester, the theatre's upcoming production of Henrik Ibsen's A Doll's House will be no different.

"A Doll's House is a part of Western theatre canon, rooted in Western feminist theatre," says Manchester. "It displays a time and place from whence we came regarding women's rights, highlighting the main character's identity and relationships as a mother, daughter and wife, but also beyond those things. College students may find this applicable to their own search for self as they continue to question their own identities."

A Doll's House follows last month's debut production of Heathers, another production whose cast and crew raved about its social commentary (despite being heavier on humor/satire). But it will hardly be the last, as Manchester notes similar themes in at least two more upcoming productions at Schuster Theatre this season.

"Both Placebo and One Man, Two Guvnors — which I also happen to be directing — are directly related to identity and what it means to be a woman," says Manchester. "As communication in their relationships is lacking, we observe what these female characters need to do to survive."

While this kind of direct social commentary in art is immensely valuable, it's also just one aspect of the show; Manchester feels confident that there are numerous aspects of the production that will draw the community in.

"The tech, the costume design, the sets — everything is so cool to look at. And the acting is spot-on, from our student leads all the way down to the young actors we've included in the show. Anyone who enjoys a good Netflix binge should love this production!" — Aaron Mook