This is "must-see" due to the fact that it's showcasing not one, but two brand new acts hailing from the Erie area. 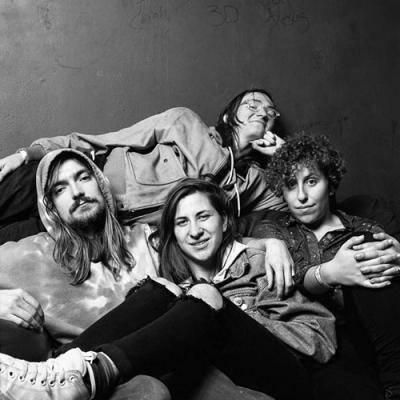 This experimental show at the Performing Artists Collective Alliance is largely being considered a "must-see" due to the fact that it's showcasing not one, but two brand new acts hailing from the Erie area.

This latest installment of the electroFLUX experimental music series (presented in part by Erie Ale Works) opens with Green Fingers, a grab bag of live instrumentation and trip-hop beats who performed their very first show at Basement Transmissions just last month. Joining them is Cult Classics, a soul-folk supergroup not entirely comprised of new faces, but performing under the moniker for one of the very first times. Cult Classics consists of Mackenzie Lee Sprague and Jess Royer, whom local showgoers may recognize from acts like Flora and Pine Diary, respectively. The pair are joined by a full backing band, with rotating musicians familiar to the Erie music scene.

"To us, this name represents the concept of finding the people in your life that make life worth living," Royer wrote in the band's announcement. "These people are the ones that I'll follow until I die. It started as a joke when we referred to ourselves as a 'love cult' and now it's become a group of people that I couldn't live without."

Headlining the event is psychedelic math-rock band Bat House, who hail from Boston. Released in April of this year, their eponymous debut LP is available on Bandcamp and streaming platforms now. — Aaron Mook