NYC Comedy Night at the Sheraton Erie Bayfront Hotel is a must-see show. 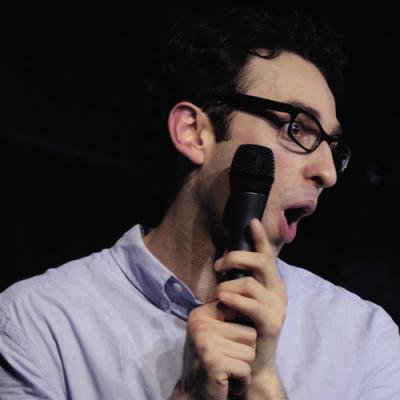 Much like hip-hop, comedy is largely a regional scene; different locations produce different styles and voices, as well as a healthy amount of friendly competition. At the end of the month, the Sheraton Erie Bayfront Hotel will be bringing a taste of New York's infamous comedy scene to our city. Comedian John Saponaro, noted for his conversational, Carlin-esque delivery, will be headlining alongside Gianmarco Soresi and host Zachary Hammond.

"John Saponaro is our headliner and performs all over the country," explains Ron Herron of Herron Entertainment. "Gianmarco Soresi will be featured and headlines many of our shows along the East Coast, and hosting the show is Zachary Hammond, who tours all up and down the east coast and has released three separate comedy albums ... many comedians struggle to have one or two in their entire careers."

"I'm just a spoke on a wheel," he continues. "They are the talent."

Saponaro himself is eager to talk about the event, calling his pairing with Soresi "awesome" and mentioning that he hopes it will be the first of many great shows together.

"It'll just be a great show with great energy," says Saponaro. "Both [Soresi and I] like to leave it all out on stage for the people in the crowd because ultimately, our job is to make them feel good. This will be my first time performing in Erie, so I appreciate the tremendous response from everyone who bought tickets already. I'm really looking forward to it."

For regulars at Junior's Last Laugh and frequenters of Erie's spoken word and comedy scene, NYC Comedy Night at the Sheraton Erie Bayfront Hotel is a must-see show for which tickets are still available. For more information or to purchase tickets, simply visit the Facebook page for the event. — Aaron Mook