by Charles Brown
View ProfileFacebookTwitterInstagramRSS Feed
September 15, 2021 at 11:41 AM 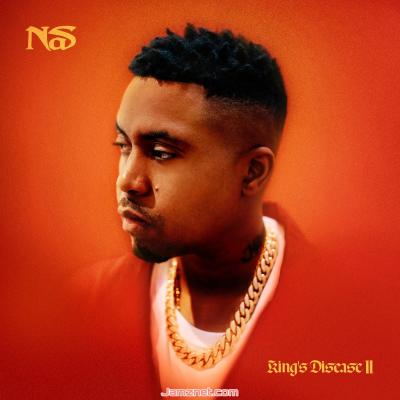 Nas is one of the most respected rappers of all time. Last year, the Queensbridge, N.Y. native linked with producer Hit-Boy to create his twelfth studio album King's Disease. This 15-track sequel presents Nas in an undeniable comfort space flowing beautifully over his producer's rich sound. He kicks off KD2 with the smooth "The Pressure," a track that implies his reign over low expectations. Without any fear, Nas goes down memory lane on the second track "Death Row East," where he finally discusses the run-in between him and the late Tupac Shakur. As the songs go on throughout the album, Nas brings lyrical prowess while giving us star-studded moments with guest appearances from Eminem (first-time collaboration) and the elusive yet legendary Lauryn Hill. King's Disease 2 is packed with great stories, life lessons, and good times. The sound between Nas and Hit-Boy is more organic this time around which has fans wondering if a third installment is in the works. Whether the two heavy-hitters are tossing that idea around or not, it is clear that Nas is right back to where he needs to be — the top. — Charles Brown