by Nick Warren
View ProfileTwitterInstagramRSS Feed
November 11, 2015 at 10:00 AM 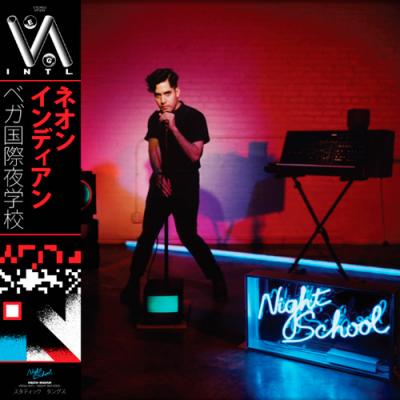 Vega Intl. Night School is a pulsating, after-hours dance club binge. Chillwave mastermind Alan Palomo has constructed an album drenched in sweaty, synthesized hooks and brooding bass blasts. His vocals hover in the mix like cigarette smoke, owing as much to Prince as to Animal Collective. This cybernetic hybrid of an 80's horror movie soundtrack and the Miami Vice theme pulls you in. The lyrics illuminate the illicit world of discotheque depravity, forming the album's (loose) concept. The group's first release in just over four years finds them darker and evolved. The production is thicker and more polished than Era Extraña's cassette-tape shakiness. As for the name, fans may recognize the titular "Vega" as Palomo's 2009 moniker. The "night school" part was explained by him as well: "Most of what I've learned about human nature in my twenties has happened after dark . . . I like to call the places I go to Night Schools." Catch Neon Indian live if you make your way down to Pittsburgh. They'll be at Mr. Smalls on Saturday, Nov. 14. – Nick Warren