News of the Weird

Gassy protesters, creative diplomacy, and pets who are treated better than you. 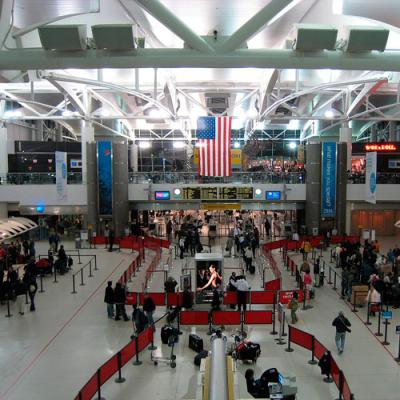 Pets of the 1 Percent

"The worshipful treatment of pets may be the thing that unites all Americans," wrote an Atlantic Magazine blogger in July, describing the luxury terminal for animals under construction at New York's JFK airport. The ARK will offer shower stalls for traveling horses, "conjugal stations" for ever-horny penguins, and housing for nearly 200 cows (that might produce 5,000 pounds of manure every day) — and passengers traveling with dogs or cats can book the Paradise 4 Paws pet-pampering resort. The ARK is a for-profit venture; said one industry source, quoted in a July Crain's New York Business report, "You hear stories about the crazy money that rich people spend on their (animals) ... they're mostly true." [Crain's New York Business, 7-13-2015] [CityLab.com, 7-20-2015]

Officially, now, it is "unreasonable" for a federal agency (the Bureau of Land Management, in this instance) to fail to say yes or no for 29 years to a drilling permit application. (Before July's federal court decision, BLM had been arguing that 29 years was not too long.) A company had requested to drill just one exploratory well in Montana for natural gas in 1985, but the bureau had delayed the proceeding six times since then. The judge ordered the bureau to set a deadline for deciding. [Washington Post, 7-29-2015]

Georgia, one of six states that make taxpayers shell out huge fees to access its databases of public records, tries so relentlessly to control its archive that, recently, in a federal lawsuit, it said opposition to its policy was basically "terrorism." Activists (Public.Resource.org) have been establishing workarounds to free up some databases for citizen use, and Georgia demands that they stop. Georgia even claims "copyright" protection for one category of important legal documents that were initially drafted by state bureaucrats, audaciously calling them "original" and "creative" works. [Los Angeles Times, 7-27-2015]

Mandatory Inaction: In July, the mayor of the town of Ador, Spain (pop. 1,400), officially enacted into law what had merely been custom — a required afternoon siesta from 2 to 5 p.m. Businesses were ordered to close, and children were to remain indoors (and quiet). [The Local (Madrid), 7-16-2015]

At a traffic stop in Rockingham, Vermont, on July 26, both driver and passenger were charged with DUI. Erik Polite, 35, was the driver (clocked at 106 mph on Interstate 91 and, according to police, with drugs in the car), and while he was being screened for intoxication, passenger Leeshawn Baker, 34, jumped behind the wheel and peeled off in reverse across the highway, nearly hitting the trooper, who arrested him. [WCAX-TV (Burlington), 7-29- 2015]

Nathaniel Harrison, 38, was arrested in July in a Phoenix suburb on several charges, including possession of a deadly weapon during a felony, but he escaped an even more serious charge when a second "deadly weapon" failed to engage. Harrison reportedly intended to retaliate against a "snitch" and arrived at the man's home carrying a rattlesnake, which he supposedly pointed at the man, hoping it would bite him. However, the snake balked, and Harrison's attempted payback failed. [KPHO-TV (Phoenix), 7-28-2015]

Lame Defenses in Lake County, Florida: (1) Daniel Baker, 40, and Robert Richardson, 19, were arrested in Altoona, Florida, in August after getting caught loading appliances from a vacant house. According to the arrest report, both men appeared incredulous to learn that items in a vacant house aren't just "free." (2) Six days earlier about 20 miles away in Tavares, Florida, Corey Ramsey, 23, was arrested for burglary when a police officer caught him sitting on a toilet in a vacant, for-sale house attending to a need. Ramsey's extensive petty-crime rap sheet belied his explanation for being there — that he was contemplating buying the $299,000 house and wanted to try it out first. [Daily Commercial (Leesburg), 8-4-2015] [Daily Commercial, 7-30-2015]

Zoologists at the University of Basel in Switzerland, publishing recently in a prestigious British journal, reported the likelihood that a certain flatworm species has overcome the frustration of not finding a mating partner in its lifetime. The scientists believe the flatworm exploits its hermaphroditic qualities and injects its sperm into its own head, from which the sperm sometimes migrates to its reproductive facilities. (Flatworm researchers are aided on their projects by the species' transparent bodies, facilitating the tracking of the sperm.) [World-Science.net, 6-2-2015]

About 200 protesters gathered in front of Hong Kong police headquarters on August 2 to denounce the 3 1/2-month jail sentence given to Ms. Ng Lai-ying, 30, who was convicted of assault for shoving a police officer with her chest. Women (and some men) wearing bras as outerwear chanted, "Breast is not a weapon." (Ng was originally protesting the hardly sexy issue of import-export abuses between Hong Kong and mainland China cities.) [South China Morning Post, 8-2-2015]

The Joy of Protest: An August 1 demonstration outside Britain's Parliament protesting legislation to curb until-now-legal psychoactive drugs drew about 100 people — consuming their drug of choice, nitrous oxide. As organizers distributed gas-filled balloons for demonstrators to take hits from, "the group erupted in fits of laughter," according to The Guardian. [The Guardian, 8-1-2015]

Construction on a $1.7 million therapeutic equestrian facility in St. Cloud, Florida, expressly for use by wounded U.S. service members, was delayed in August when a bald eagle nest was discovered on the grounds. Federal law requires at least 330 feet of clearance for the nest, plus additional monitoring to assure the birds' tranquility. Said one neighbor, "The very animal that symbolizes freedom is delaying therapy for those who fought for it." [Bright House Cable (Orlando), 8-5-2013]