Now DJs can spin records of the spin cycle. 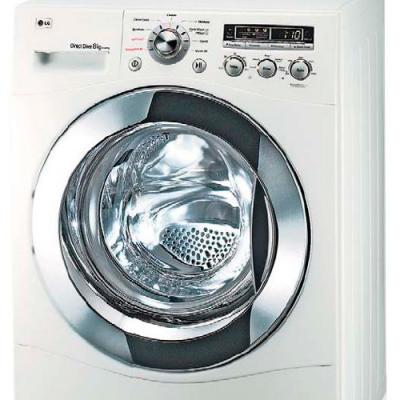 The manager of the agency in Louisville, Kentucky, responsible for, among other things, development planning, zoning changes and historic landmarks revealed in November that his headquarters has a "boogers" problem and ordered users of the third-floor men's room to stop hocking them onto the walls adjacent to the urinals. According to an internal memo cited by InsiderLouisville.com, Metro Planning and Design Services manager Joe Reverman called the mucus buildup "a very serious situation" and had his executive administrator post signs instructing restroom users on the basics of proper disposal of "anything that comes out of or off a person's body." [InsiderLouisville.com, 11-18-2015]

The 1968 Cy Twombly "blackboard" painting sold for $70.5 million at New York City's Sotheby's auction in November (higher than experts' estimate of $60 million). The painting consists of six horizontal lines of continuous circular swirls (white chalk on a "blackboard") -- perhaps the same swirls that might be made by an extremely bored, aggressive first-grader given a supply of chalk and the absence of the teacher. [Artnet News, 11-11-2015]

The Baltimore-based "experimental music" creators Matmos announced the release of their new album, "Ultimate Care II," consisting entirely of "music" made by a Whirlpool washing machine (the Ultimate Care II model). According to a November report in Time magazine, the machine's 38-minute wash cycle will be "sampled and processed" to lighten the original sound. (Matmos previously "played" canisters of helium on stage at Radio City Music Hall and a cow's uterus at the San Francisco Art Institute.) [Time.com, 11-9-2015]

In an enterprise somewhat resembling "American Idol," amateur performers in China become self-supporting online not by soliciting money directly, but through virtual gifts from enthralled fans, with performers getting a cut of each sale. Beijing's YY.com hosts original performances, and two of the site's favorites, Mr. Earth and Ms. Cloud, earned the equivalent of about $160,000 last year from their universe of 1.8 million fans (according to a November Wall Street Journal report). In an ancillary industry (led by 9158.com), hard-core fans can purchase access (think "virtual limousines," shown "arriving" at a "concert"), giving them bragging rights. (A simple "applause" icon after a song costs about a penny.) [Wall Street Journal, 11-11-2015]

The exasperated drug enforcement chief of Indonesia told reporters in November (following confiscation of a massive quantity of methamphetamine from China) that the ordinary death penalty was insufficient for drug runners, who should instead be forced to overdose on their own shipments. Budi Waseso also mused that crocodiles would make better prison guards than humans because crocs can't be bribed and later added tigers and pirhanas to the proposed guard roster. Even so, Waseso's boss reiterated that the government is committed to rehabilitation over punishment. [Australian Broadcasting Corp. News, 11-13-2015][Jakarta Globe, 11-22-2015]

Watch Your Language: (1) Recently added to the list of words and phrases to be officially discouraged on campus, according to the University of Wisconsin-Milwaukee's website: "political correctness." The phrase is said to be a "microaggression" that might make some students feel uncomfortable or unsafe if they hear it or read it. (2) In November, the University of Vermont held a (voluntary) three-day "retreat" open only to students who "self-identify as white," so that they can study the implications of "white privilege" in society (e.g., "what does it mean to be white?" and "how does whiteness impact you?"). [CampusReform.org, 10-21-2015] [CampusReform.org, 11-18-2015]

The Queens (New York) Redbird Tourist Information Center was finally ordered to close in July following an extraordinarily unsuccessful seven-year run in which, possibly, not a single tourist ever walked through the door. The New York Post, interviewing neighbors in Kew Gardens, found no one who ever saw a visitor, and the center's lone staff member said she recalled only lunchtime drop-ins from jury duty at the criminal court building down the block. [New York Post, 7-10-2015]

Marshall University (Huntington, West Virginia), seeking a "star free agent" for its medical faculty, hired neurosurgeon Paul Muizelaar in July despite controversy from his previous work at the University of California, Davis. There, Dr. Muizelaar and colleagues, in a daring experiment, introduced live bowel bacteria into the brain -- on lab rats -- supposedly to stimulate the immune system when other remedies had faltered. However, Dr. Muizelaar, emboldened, also introduced the bacteria into brains of a man and two women who had highly malignant glioblastoma tumors (each patient having consented). However, two died within weeks, and although the third survived more than a year, UC Davis found numerous protocol violations. Dr. Muizelaar's new supervisor told the Associated Press that he nonetheless felt lucky to land him because "not everybody wants to move to Appalachia." [Associated Press via Charleston Gazette-Mail, 7-4-2015]

Deputy sheriff Michael Szeliga of St. Petersburg, Florida, in Fort Lauderdale for a weekend training session in July, was to receive a commendation at the formal banquet, for exemplary DUI enforcement, presented by Mothers Against Drunk Driving. (This is News of the Weird; you've already guessed the outcome.) He, escorted by two fellow deputies, arrived for dinner "staggeringly drunk" (though he did not drive), according to an internal affairs investigation, and he was ordered to go sleep it off. (Szeliga wrote an apology and was transferred out of DUI work. Sheriff Bob Gualtieri said Szeliga was a good deputy but that the incident was "one of the most ridiculous things" he'd ever heard of.) [WFLA-TV (Tampa), 11-5-2015]