Moving sex ed into the driver's seat, and other odd phenomena. 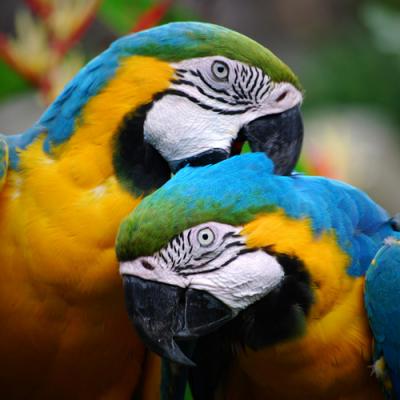 They are simply "'spas' designed to attract teenagers," according to one university official — plush, state-of-the-art "training" complexes built by universities in the richest athletic conferences to entice elite 17-year-old athletes to come play for (and, perhaps, study at?) their schools. The athletes-only mini-campuses include private housing and entertainment (theaters, laser tag, miniature golf) — but, actually, the schools are in a $772-million-plus "arms' race" (according to a December Washington Post investigation) because soon after one school's sumptuous, groundbreaking facility opens, some other school's more-innovative facility renders it basically second-rate. And of course, as one university official put it, the "shiny objects" have "nothing whatsoever to do with the mission of a university." (Donors and alumni provide much of the funding, but most schools by now also tap students' "athletic fees.") [Washington Post, 12-21-2015]

Police in Monticello, Kentucky, charged Rodney Brown, 25, with stealing farm animals and equipment from a home in December but offering to return everything if the victim (a man) had sex with him. Brown allegedly took 25 roosters, a goat and some rooster pens and other rooster-care equipment. (Because Brown also supposedly said he'd beat the man up if he called police, a "terroristic threatening" count was added to "promoting prostitution.") [WKYT-TV (Lexington, Ky.), 1-5-2015]

Made in Heaven: William Cornelius, 25, and his fiancee, Sheri Moore, 20, were arrested at the Bay City (Michigan) Mall in January, charged with theft. Police found a pair of earrings and a necklace swiped from Spencer Gifts on her, but she refused to "snitch" on Cornelius, who had minutes earlier proposed to her via a Wal-mart loudspeaker and given her a ring, to applause from onlooking shoppers as she accepted. Cornelius, holding $80.93 worth of goods (a watch, an edible thong, a vibrator and "BJ Blast" oral-sex candy), was apprehended at the mall food court, having apparently (according to the police report) "fallen asleep at a table while tying his shoe." [Bay City Times, 1-7-2015]

Islam Rising: (1) A geography class at Riverheads High School in Augusta County, Virginia, alarmed some parents in December when students were assigned to copy an Arabic script to experience its "artistic complexity." However, the phrase the teacher presented for copying was the "shahada" ("There is no god but Allah"). District officials called that just a coincidence that the phrase was presented only for calligraphy and never translated. (2) A Washington state uncle complained in December that a WolVol toy airplane he bought for his nephew on Amazon.com, instead of making engine noises, recited spoken words which a Whatcom County Islamic Society spokesman said was actually a prayer that hajj pilgrims speak when they journey to Mecca. (Wolvol said it would investigate.) [Schilling Show via Fox News, 12-15-2015] [KING-TV (Seattle), 12-28-2015]

Wait, What? NPR's "Morning Edition," reporting on the violent tornadoes that hit North Texas on the night after Christmas, interviewed one woman who said she was luckier than her neighbors because of her faith. She was entertaining 10 relatives when she heard the "train-like" sound of the winds approaching and took everyone outside to confront the storm: "We ... started commanding the winds because God had given us authority over ... airways. And we just began to command this storm not to hit our area. We spoke to the storm and said, go to unpopulated places. It did exactly what we said to do because God gave us the authority to do that." [NPR.org, 12-28-2015]

The most promising current concussion-prevention research comes from a study of ... woodpeckers (according to a December Business Week report). Scientists hypothesize that the birds' apparent immunity from the dangers of constant head-slamming is because their neck veins naturally compress, forcing more blood into their craniums, thus limiting the dangerous "jiggle room" in which brains bang against the skull. A team led by a real-life doctor portrayed in the movie "Concussion" is working on a neck collar to slightly pinch the human jugular vein to create a similar effect. [Business Week, 12-28-2015]

Researchers from the University of York and the University of St. Andrews wrote in the journal Biology Letters in December that they observed wild male parrots using pebbles in their mouths to help grind seashells into powder and hypothesized that the purpose was to free up the shells' calcium in "vomitable" form so that they could pass it to females before mating, to help improve their offspring's health outcomes. [Discovery News via Washington Post, 12-15-2015]

National Pride: (1) Factory worker Thanakorn Siripaiboon was arrested in December in a Bangkok suburb after he wrote a "sarcastic" comment on social media about the dog that belongs to Thailand's king. For the crime of "insulting the monarch," Thanakorn faces 37 years in prison. (2) Michael McFeat, a Scottish man working on contract for a mining company in Kyrgyzstan, was arrested in January after he (on Facebook) jokingly called the country's national dish "horse penis." ("Chuchuk" is indeed a sausage made from horsemeat.) The crime he was charged with carries a five-year prison term. [New York Times, 12-14-2015] [BBC News, 1-4-2016]

The government of the Netherlands, seeking to boost the economy while simultaneously improving highway skills, enacted legislation in December to allow driving instructors to be paid in sexual services provided the student is at least 18 years old. Though prostitution is legal, the transport minister cautioned that the "initiative" for the new arrangement must be with the instructor so that the country gains better-trained drivers as a result. [CNN, 12-21-2015]