Birds create the most sophisticated sounds in all of nature. But do they slur when drunk? 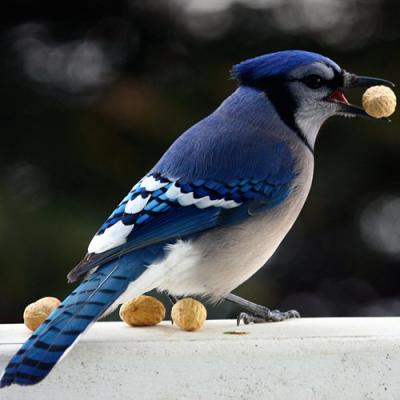 By 2009, when Zimbabwe's central bank gave up on controlling inflation, its largest currency was the 100 trillion-dollar bill -- barely enough for bus fare in Harare and not even worth the paper needed to print it. However, that 100 trillion-dollar note (that's "1" plus 14 zeros) has turned out to be a great investment for several astute traders in London and New Zealand, who bought thousands of them at pennies on the trillion and now report brisk sales to collectors on eBay at US$30 to $40 a note -- a six-year return on investment, according to a May report in London's The Guardian, of nearly 1,500 percent. [The Guardian, 5-14-2016]

Long-divorced Henry Peisch, 56, has seven children, but only one is still living with his ex-wife (who had originally been awarded $581 monthly support for all seven). (Three children are now independent, and three others successfully petitioned courts to live with Henry.) The resultant hardship (the $581 remains in effect) caused Henry to ask the Bergen County, New Jersey, Family Court several times for a "hardship" hearing, which the court denied (thus even defying the New Jersey Supreme Court). On April 8, Family Court judge Gary Wilcox, noting Peisch's appearance on a related matter, spontaneously "granted" him his "ability to pay" hearing (with thus no opportunity for witnesses or evidence-gathering) -- and summarily jailed him for missing some $581 payments (because, the judge concluded, he did not "believe" Peisch's hardship claims). [Bergen Dispatch, 4-28-2016]

Magician and professional gambler Brian Zembic, 55, finally consulted surgeons recently about removing his historic C-cup breast implants, which he bore on a $100,000 bet in 1996 (with a rider of $10,000 annually for retaining them). (He also won a companion game of backgammon to determine who would pay for the original surgery.) He told news sources in May that he had intended to have them removed early on, but that they had "grown on" him and become "a normal part of my life." [Huffington Post, 5-18-2016]

U.S. Sen. Jeff Flake of Arizona, in a May publication deriding the value of certain federally funded research, highlighted several recent National Institutes of Health and National Science Foundation projects, such as the $13 million for exploring musical preferences of monkeys and chimpanzees; the $1.1 million judging whether cheerleaders are more attractive seen as a squad than individually; the $390,000 to determine how many shakes a wet dog needs to feel dry; and the $5 million to learn whether drunk birds slur when they sing. (Also strangely included was the actually valuable study by Michael Smith of Cornell University ranking where on the human body a bee sting was most painful. He found, from personal testing, that "on the penis" was only the third worst -- research that brought Smith a prestigious Ig Nobel prize last year.) [Fox News, 5-10-2016] [Sen. Jeff Flake, "Twenty Questions," May 2016]

Yahoo News Australia reported (with photos) a man in Tallebudgera Creek on the country's Gold Coast swimming with his pet snake. The man, standing chest-deep in water, would toss the snake (apparently a carpet python) a few feet and, according to the videos, the snake would swim back to him each time. (In the man's other hand, of course: beer.) (2) In April, police in Broome (in Australia's far northwest) on traffic patrol stopped a 27-year-old man whose "several" children, including one infant, were unrestrained in his car while "cartons of beer" were "buckled into car seats," according to an Australian Broadcasting Corp. report. He faces several charges, including driving on a suspended license. [Yahoo News Australia, 3-1-2016] [Australian Broadcasting Corp. News, 4-7-2016]

Transgender Blues: Ms. Jai Dara Latto, 23, won the title Miss Transgender UK last September in London, but in February organizers stripped her of the title as being insufficiently trans, passing the crown to Ms. Daisy Bell. Officials had spotted Latto (who has worked as a "drag queen") in a BBC documentary wearing boxer shorts, and since switching underwear is usually such a crucial step for transgenders, officials concluded that Latto must not yet have made a sufficient-enough commitment to qualify for the title. [The Herald (Glasgow), 2-20-2016]

In a recent book, biologist Jennifer Ackerman noted the extraordinary intelligence of birds -- attributed to the dense packing of neurons in their equivalent of humans' cerebral cortex (according to an April Wall Street Journal review of Ackerman's "The Genius of Birds"). For example, the New Caledonia crow, among others, knows how to make and use hooked tools to hide food (and retrieve it from tricky-to-reach places), and the blue jay and others, which store many thousands of seeds during autumn, also steal seeds from less-vigilant birds -- and they even return to re-hide food if they sense they have been spotted storing it earlier. Additionally, of course, the birds' equivalent of the human larynx is so finely tuned as to be regarded as the most sophisticated sound in all of nature. [Wall Street Journal, 4-23-2016]

The president of the New England Organ Bank told U.S. News & World Report recently that she attributes the enormous upsurge in donations in recent years to the opiod "epidemic" that has produced a similarly enormous upsurge in fatal overdoses. Now, one out of every 11 donated organs comes as a result of the overdosing that in 2014 claimed over 47,000 lives. (An organ-sharing organization's chief medical officer reminds that all organ donations are carefully screened, especially those acquired from overdose deaths.) [Washington Post, 5-9-2016]

Nicole Bjanes, casually zipping along Interstate 4 in Volusia County around noon on May 9, saw a red-eared slider turtle come sailing through the air and crash into her windshield, sending her car off the road. The Florida Highway Patrol said the turtle had become airborne after being hit by another car. (It was apparently unhurt and swam away when a firefighter released it into a nearby pond.) (2) On May 10, police in Key West responded to a caller at the scene of a giant banyan tree (common to Florida and featuring vertical roots that thicken, spread and become entangled with the central trunk). A woman had attempted to climb the tree but had fallen among the vertical roots, making her barely visible. Said a proud police spokesperson, "They popped her out like a cork." [WFLA-TV, 5-13-2016] [WPLG-TV (Miami), 5-10-2016]

Prolancia Turner, 26, was arrested on May 13 at Vero Beach (Florida) Outlets mall after she allegedly walked out of a Claire's store with unpaid-for earrings tucked into her waistband. Police reported her "crying and angry" and complaining that, "Everyone steals from this store. Why are you picking on me?" [The Smoking Gun, 5-19-2016]

In 2006, a court in Preston, England, apparently weary of Akinwale Arobieke's repeatedly, unconsensually "touching" men's biceps in public, issued a Sexual Offenses Prevention Order making any such future contact automatic offenses. Arobieke admitted a longtime fascination with buffed-up physiques and continued from time to time to find biceps irresistible, but in May 2016 he convinced a Manchester Crown Court judge to lift the SOPO based on his assurance that he wanted a "fresh start" and would behave himself. The judge seemed not quite sure, but noted that police could still arrest him under other sexual or assault statutes. [Manchester Evening News, 5-5-2016]

At the 10th Arab Shooting Championships in Kuwait in March (2012), as medals were presented and winners' national anthems were played, officials were apparently ill-prepared for medalist Maria Dmitrienko of Kazakhstan. Consequently, they cluelessly played, as her national anthem, the humorous ditty from the movie "Borat." (Instead of such lyrics as "sky of golden sun" and "legend of courage," the audience heard "Greatest country in the world/All other countries are run by little girls" and "Filtration system a marvel to behold/It removes 80 percent of human solid waste.") Dmitrienko reportedly kept a mostly straight face, although Kazakhstan later received an official apology. [BBC News, 3-23-2012]