From punctuation to pregnancy, the weird just keeps getting weirder. 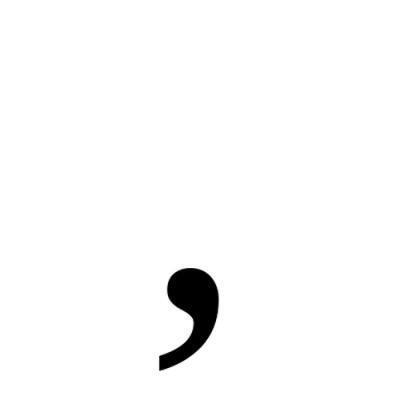 Your English Teacher Was Right

In September, Tennessee Attorney General Herbert Slatery concluded that records of an investigation need not be released to the Memphis City Council -- because there was no comma. The law requires the records' release "only in compliance with a subpoena or an order of a court." Slatery said if there had been a comma after "subpoena," a council subpoena would get the records, but without the comma, only court subpoenas. And in July, Andrea Cammelleri prevailed on her parking ticket challenge because there was no comma. A West Jefferson, Ohio, ordinance banned parking of any "motor vehicle camper, trailer." A state appeals judge ruled that, with a comma after "vehicle," Cammelleri's truck would have been banned, but without it, only campers and trailers were. [The Tennessean, 9-3-2015] [WSYX-TV (Columbus), 7-3-2015]

In April, the City Council of Columbia, Missouri, rigged a specially drawn "Community Improvement District" to pass a sales tax increase. Under the law, if the District had no "residents" to vote, the "election" would be decided by the tax-friendly business owners. However, the Council somehow missed that college student Jen Henderson, 23, actually lived there and had registered to vote, meaning the business owners could not vote and that the tax increase would be decided by ... Henderson. (In late August, the Council "postponed" the election and at press time were in a quandary, as Henderson said she's against higher taxes.) [Columbia Tribune, 8-25-2015, 8-31-2015]

Spike's Tactical of Apopka, Florida, introduced its version of the AR-15 assault rifle this summer "designed to never be used by Muslim terrorists." Laser-etched on one side is a symbol of the Christian Crusades and on the other, language from Psalm 144. Spike's Tactical CEO Angela Register predicted brisk sales: "Men like to accessorize their guns more than women like to accessorize their outfits." [Orlando Sentinel, 9-2-2015]

A teenage girl in Wyandotte, Michigan, using $9.95 tools from a website called FakeABaby.com, pretended for months to be pregnant (with abdomen extenders and ultrasound photos of her "triplets"). She received gifts, had a baby shower, joined expectant mother groups and even frightened her 16-year-old boyfriend enough that he began looking for full-time work to feed the soon-due "babies." However (obviously), the ruse fell apart in the 10th month (in August), drawing community outrage, but according to the sheriff, none of the "victims" who were fooled have come forward to press fraud charges. [WJBK-TV (Detroit), 9-1- 2015]

While "Deep South" states' courts are notorious for death sentences, the "epicenter" of capital punishment in recent years has shifted to Southern California, according to a September Slate.com analysis. While neither Texas, Georgia, North Carolina, nor Virginia has issued a death sentence this year, Riverside County, California, has recorded seven, and since 2010, Riverside and Los Angeles County have led the nation in death-row assignments. (Ironically, of course, California rarely actually executes anyone; its death row has 748 residents, and no one has walked the last mile since 2006.) [Slate.com, 9-7-2015]

Egypt's notorious corruption apparently reached a new level of victimizing in the summer as Mariam Malak, one of the top-performing high school students in the entire country, not only failed all six of her final exams but received scores of "zero" in each. Her family, and a legion of supporters on social media, have demanded that the prime minister investigate, especially whether another student had paid to acquire Mariam's scores or whether Mariam was failed intentionally because she is of Egypt's Coptic Christian minority.

The Cambridge, Massachusetts, company AOBiome believes we have dangerously stripped "good bacteria" from our skins via "excessive cleaning" and has introduced for sale "Mother Dirt" spray to add it back. Chemical engineer and co-founder Dave Whitlock told WBZ-TV in September that he personally has "not taken a shower in over 12 years," but instead uses his odorless bacteria-restoring mist twice a day to cover himself with helpful "dirt" that activates the "good" bacteria. The company will soon begin clinical trials to demonstrate whether Mother Dirt (which also comes in shampoo form) can additionally improve certain skin conditions. [WBZ-TV (Boston), 9-4-2015]

Cormega Copening, 17, and his girlfriend Brianna Denson, 16, of Fayetteville, North Carolina, are old enough to have sex ("adults," according to state law) but apparently too young to exchange nude photos. Copening was charged with five counts of "sexual exploitation" -- for receiving "sexts" from Denson and having nude photos of himself on his phone (i.e., "exploiting" himself). Denson accepted a lesser sentence and is serving a tedious, restrictive probation; she had also been charged with self-exploiting. After much criticism for threatening felony charges and sex-offender registration, prosecutors offered Copening a similar tedious, restrictive probation in September. [Fayetteville Observer, 9-12-2015; WRAL-TV, 9-11-2015]

Ten years after Hurricane Katrina left tens of thousands homeless in New Orleans and neighboring Gulf states, many of the 120,000 hastily constructed box-type trailers ordered up -- and later condemned for concentrations of carcinogenic formaldehyde -- by the Federal Emergency Management Agency are still being used in the U.S., though most living in them have no clue about the risk. The most recent users were oilfield workers in North Dakota boomtowns, but shady entrepreneurs had also bought trailers at FEMA auctions and sold them for tornado and flood victims -- after removing FEMA's "Not For Human Habitation" stickers, according to a major investigation by Grist.org, released in August. [Grist.org, 8-27-2015]