2017 Night Lights Music Festival is coming right up around the bend of summer's end. 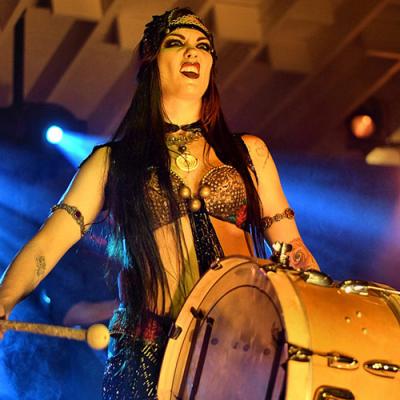 A music-and-light-driven, socially conscious, cozy, and uniquely mind-bending/soul-mending gathering of good, groove-minded people: Where else would any festival fan want to find themselves kissing summer goodbye?

I've asked that question before, and with the 2017 Night Lights Music Festival coming right up around the bend of summer's end, I'm asking it again (and again). And the lineup consistently answers:

Rounding out the lineup with tons of other sonic crackerjacks and fest-scene favorites like Mungion, Tropidelic, Broccoli Samurai (two times, including a Lotus tribute set), Jimkata, Mister F, Lazlo Hollyfeld, Funktional Flow, Smackdab, and — well, the list just goes on — it's safe to reiterate that the good people behind Night Lights have damn fine taste in music, and, man, they know how to put on one spectacular get-down.

All that said, Night Lights (shining sound-and-sight wonder throughout nearby Sherman, N.Y.'s historic, hallowed Great Blue Heron festival grounds for three days) has grown over the last seven years into a truly and completely one-of-a-kind, not-to-be-missed annual addition to the region's festival scene.

"Night Lights carries a really specific vibe that makes it a super-unique event that we look forward to each year," Aqueous' Mike Gantzer told me during a quick interview via satellite from last year's festival. "[Beyond] the diverse/eclectic lineups — that range from a ton of great local bands to some heavy-hitters from the national circuit — to the trippy layout of the forest, and how they light it up, I'd have to say the main thing is [its] communal vibe. It's rootsy, and comfortable, and awesome!"