Are you there, Erie? 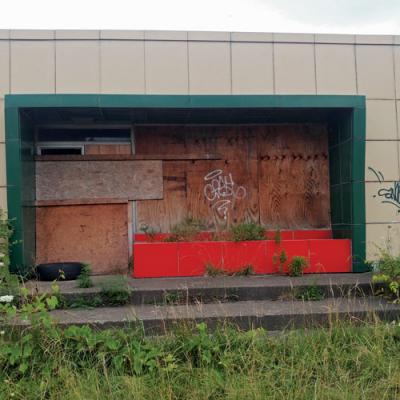 Are you there, Erie? It's me, Alayna. What would you think of me doing an op-ed on Erie's Refocused Plan and our local government administration? You wouldn't mind would you, Erie? I'll tell you all my perceptions and concerns about it, and I won't state anything without researching it first. I think it's time for me to stick up for our community. I can't go on saying nothing forever, can I?

No, I can't. I can't keep my mouth shut about anything really, but especially not when our Refocused Plan is no longer being followed and our government isn't communicating with us. My community is being discounted and discarded.

So let me just throw it all out there for you, Erie: What the hell is going on with our Erie Refocused Plan, our "Action Team," and our CURRENT ADMINISTRATION?

Now, don't get me wrong here, I don't really have issues with the actual Refocused Plan. It might not be ideal for everyone, but it's what we have, and Charles Buki and Peter Lombardi are the experts. My issues start when we stop following the plan comprehensively and start to pick and choose from it in order to justify bad decisions. Buki straight up told Erie "Stop doing dumb shit." So, why are we continuing to do dumb shit after we were told by an expert to stop?

Here's an example of what Buki was talking about:

On page 18 of the Erie Refocused Plan there is a breakdown of the residential planning areas and their distress levels. It's clearly stated on this page that the East Bayfront is categorized as "High Distressed."

Nobody seems to know.

Peter Lombardi stressed to neighborhood activists, after learning about the current state of our comprehensive plan execution that a lot of care needs to be put into educating and communicating with Erie residents about the actual role of code enforcement. He explained that the goal of code enforcement should be about strengthening neighborhoods and not just racking up citations. The New York architect further reasoned with the neighborhood activists that community education and engagement of code enforcement is key. If there is no education, the process will be seen as only punitive and blind to the difficulties faced by some property owners

Charles Buki, after learning about the current state of our comprehensive plan and where we are in our code sweeps, also stressed to local neighborhood activists that code enforcement almost never works as a blunt instrument, but almost always works when "surgically" implemented. The founding president of czb explained that surgical precision matters, and we should be using data to help solve the problem of knowing where to focus code enforcement. Buki also mentioned that when pairing these tax cheats with considerations such as good blocks, visible blocks, and key intersections, we could really steer the focus.

Going after a widespread high distress neighborhood in a one-size-fits-all approach, handing out citations like Halloween candy? That is the opposite of surgical precision and will ultimately never work. Our absentee landlords and slumlords who don't pay taxes are the ones who need to be cited. Why are we requiring homeowners to dump thousands of dollars into their homes, while their property values continue to sink because the dilapidated abandoned properties right next-door to them continue to go untouched? Essentially, our local government is forcing our community to waste their money. This is the most profoundly accurate example of "biting the hand that feeds you." Think about this economically for a moment. If we force property owners to waste money, they will leave. When they leave, no one will buy their property for its true value, thanks to this "dumb shit." Property owners now may just abandon properties, and not pay taxes. What will we get? More blight.

Can we take a second and talk about "blight" now that we are here? What a buzzword this has turned into. If I took a shot every time I heard the word "blight" during our local primaries, I'd be dead. What do we, as a city, even agree that the definition of blight is? I personally don't believe it's faded brown paint on shutters, but who am to say. "Blight" basically just became a term our Action Team throws around like a bad word.

In my mind however, blight is NOT a bad word. Blight is often a symptom of deeper issues. As I've gotten to know neighbors around the lower east side who have been cited for beginnings of "blight" issues, I realized there is nothing going on there that would denote such a bad connotation. These neighbors are real people who just need some help. Some neighbors I've met in our high distress neighborhoods are suffering from addiction, mental health issues, or are just currently injured and unable to work on their house. Our neighbors need our HELP, not our public shaming with bright-ass orange stickers. We have to band together as a community and treat the underlying issues, not place blame on a symptom.

That being said, our Action Team and current administration need to stop calling this project a WAR on blight. You don't go to war against your own community members who need help. The Action Team should also stop calling this process sexy. One of our Action Team members was quoted in the Erie Times News saying, "We called it the 'war room' as a joke because planners never get to do anything so sexy that needs a war." There is absolutely nothing sexy about our high distress neighborhoods. The overall optics this Action Team has brought to Erie are insulting. Not to mention half of our team doesn't even live in the city! Without calling out names here are our Action Team's demographics:

Look, I completely understand we have some amazing groups out there doing their best to help in certain areas (i.e. Sisters of St. Joseph, Snoops, Our West Bayfront etc.), but what about these neighbors who don't have an organized group? Who is out there helping the folks being illegally evicted, who don't understand rental laws, who are struggling with addiction, who have mental health issues, or are injured and can't keep up? Who is helping them? That's why I'm writing this article. We aren't following Buki's plan anymore. Code enforcement should be a good thing. The Erie Refocused Plan should be a good thing.

Without a doubt, this is a "shots fired" op-ed, so come after me. Come after me all day long. I can take it. But don't you dare come after my community like it's all one big eyesore. There are underlying issues here that need addressed. Our current administration is full of elitist fools doing "dumb shit" and saying it's justified because of the Erie Refocused Plan. I suggest we hit the pause button all together until the next mayor comes along.

Alayna Getchell is a community activist and president of two local progressive groups in Erie City. She can be reached at gallagher.alayna@gmail.com