No More Heroes: Brightburn is a Terrific Premise Hobbled by Shoddy Execution 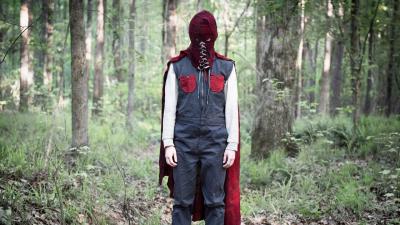 The Superman character was created during one of the worst periods of the 20th century. He was intended to be a champion of the people and an inspiring symbol for people living in a very dark time. Today, we live in a world with much different problems, and skepticism, if not outright cynicism towards the idea of a purely good hero. Could a "Superman" exist in our modern times? According to director David Yorovesky and the Gunn cousins (writers Brian and Mark, along with producer James), that answer is a resounding "no" as shown with their bleak, dismal horror film Brightburn.

Set in the town of Brightburn, Kansas, the film follows Kyle and Tori Breyer (David Denman and Elizabeth Banks) who discover a crashed spacecraft carrying an infant boy (sound familiar?) Raising the child (named Brandon) as their own but keeping his origins secret, the Breyers are about to learn that their "miracle" is far more sinister than he initially seemed.

As an inversion of this classic superhero tale, the film could have been a truly ingenious statement about our modern myths or even a tragic story about how good people can be twisted by circumstance. Unfortunately, we never get to really know the inner thoughts of young Brandon (played by a creepy Jackson A. Dunn) and worse, it is implied that he is being controlled by his spaceship. As a result, any societal statements are killed early and the film settles on pure horror. Sloppy editing and directorial inexperience prevent the film from being engaging so it relies heavily on its admittedly stomach-churning gore effects. Brightburn is brutal, depressing, and miserable, but I was hoping to see more of a point to it all. — Forest Taylor