Now is the Time For Compassion 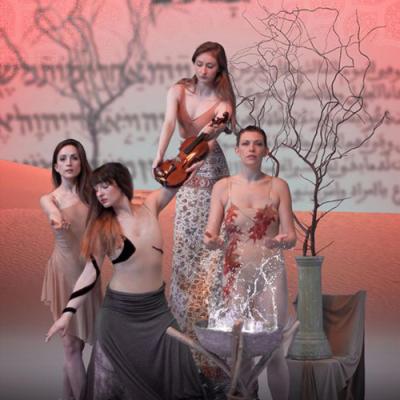 In what promises to be a powerful and stirring performance, Dafmark premieres And If Not Now, When on April 7. Designed around the seven-part song cycle "Compassion" by Nigel Westlake and Lior, And If brings together six performers and the dynamic choreography of Dafna Rathouse-Baier in what co-director Jean-Marc Baier says is "one of the most powerful evenings ever created by Dafna."

"Compassion" is based on a collection of ancient Hebrew and Arabic poems, proverbs, and songs; each of the seven segments in the work has a different theme and tone, including wisdom, peace, hardened hearts, inner beauty, unending time, pain, and courage.

"At a time when compassion is less and less a social reality, I would hope that the viewer and listener will identify with the simplicity of what is most dangerous in us: indifference."

Dafna's choreography is her interpretation of, but also her response to, each of the songs. She hears and sees our mutual need for each other, dialogue including aggression, a mother's experience, our journey through loss and hope, freedom, and wisdom. "At a time when compassion is less and less a social reality, I would hope that the viewer and listener will identify with the simplicity of what is most dangerous in us: indifference."

Company dancers are Jo Alspaugh, Jennifer Dennehy, Megan Sabatini, and Andona Zacks-Jordan. Guest dancer Scott Heinrich joins in the presentation, as does Marsha Langman Cisek who will be creating a visual work of art during the performance that will be revealed at the conclusion.

The work will be presented on Friday and Saturday evenings, with Friday's performance followed by a wine, cheese, and dessert reception. Either should be a memorable night out, but more importantly, an opportunity to participate in an artistic conversation about humanity and introspection.

According to Jean-Marc, this is an experience not to be missed. "From the music to the visuals, I am taken each time into a space of awe and exaltation, with my feelings amplified after each viewing. If people don't know Dafmark Dance Theater, this is the production that reveals an artistic pearl in our midst."

In these times, pearls of wisdom, peace, and hope might be just what we need. – Mary Birdsong