Metal powerhouse comes to Erie for show with local band 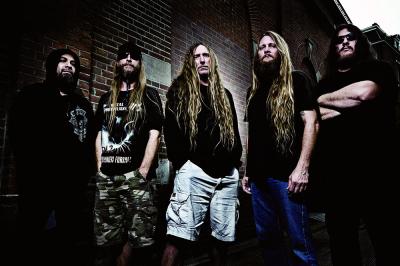 Since the late 1980s, Obituary has been a powerhouse of metal. Their early albums Slowly We Rot and Cause of Death were crucial to the legitimization of death metal in their home state of Florida, and helped pave the way for the countless bands that followed in their footsteps as the genre spread across the globe.

Obituary called it quits in 1997, but came back from the dead in 2005 with the release of their sixth studio album Frozen in Time, which featured the instrumental mosh anthem, "Redneck Stomp." Three albums later, Obituary is still stomping on, and remaining an influential force in the metal scene.

Touring with Obituary are Exmortus, whose shredding and technical riffage can contend with the best of them. Fans of thrash and death metal with a dash of neoclassical will love headbanging to Exmortus' discography.

Opening the show are one of Erie's favorite local metalheads, Bravura. Check out their latest album, Battle of the Suns. — Tommy Shannon