The emblematic relationship between EPS and the City of Erie. 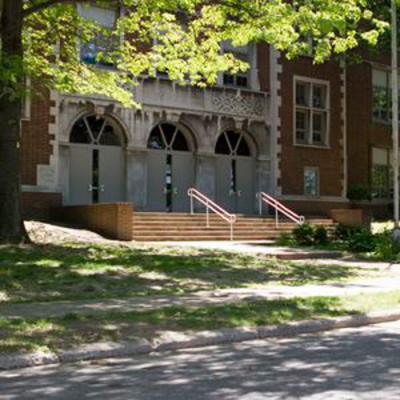 During his voyage home in Homer's epic, Odysseus, king of Ithaca, came upon Scylla and Charybdis. The path was narrow, with no conceivable alternative. To one side: a six-headed monster; to the other: a deadly whirlpool.

His options were limited. Turn around? Men of less grit had.

If you remember Homer's epic saga, then you recall the advice Circe gave the hero: Sail closer to Scylla. Why? Go too close to Charybdis and he'd risk losing his entire ship; sail nearer to the monster, he may just lose a few.

Odysseus found himself between a monster and whirlpool, an ancient rock and a hard place.

But you know the story – or at least its outcome. Odysseus makes it home, reclaims his kingdom, restores order to his land, and lives happily ever after. But he does lose six men to Scylla.

Although they're not six-headed monsters or whirlpools, the options Badams faces don't look good: Take out a loan to float the schools' operations until Harrisburg passes a budget that would resume the funding of public education (meanwhile, the funding of things like the lottery and state prisons remains unfettered) while issuing IOUs to teachers dated "sometime soon, we promise (hopefully)"; or, close up shop for as long as legally possible to stave off a cash bleed or resorting to charity.

If you're expecting me to tell you that closing up shop is Charybdis, or taking out millions in loans is Scylla, let's stop there. I'm just a sailor on the boat, a resident in the city, and I don't have the answer or a Circe. Maybe Badams does. Or better, maybe Badams has the grit and fortitude to make the right call. I believe he does.

But the more pressing question is how we got here.

Worse than living paycheck to paycheck, EPS has been locked in the cycle of paying last year's expenses with this year's money. I'm no financial expert, but I know that doesn't leave much – if any – room for creating a surplus or savings.

EPS isn't inefficient; in fact, it spends $2,000 less per student than the state average – belt-tightening measures made in an attempt to erase deficit and build surplus.

For years ESD financial woes went unaddressed, and once it began tackling them (kudos to Badams), it was too late. No one anticipated a state budget impasse in the future because their eyes were affixed on the past.

The same could be said for the City of Erie. Consider Kevin Flowers' interview in the Erie Times-News with Charles Buki, planner for CZB, tasked by the City to develop a comprehensive plan.

"What were your immediate take-aways from those two days of public meetings?" asked Flowers.

"This community hasn't had an adult conversation about the condition of the city of Erie in about 40 years," Buki responded. "There's a lot of work to be done, and there's a lot of opportunity. Success won't happen quickly, and it won't happen cheaply."

Ignorance has begotten cost, and we've been issued the bill. And cost isn't just money: It's time, energy, effort, and grit.

Ignorance has begotten cost, and we've been issued the bill. And cost isn't just money: It's time, energy, effort, and grit.

"Do you believe there is a collective will among elected leaders and others to be aggressive when it comes to blight, improving infrastructure, transportation and other things the plan will address?" Flowers continued.
"There may be. I haven't seen it yet," Buki said.

In the moment, making difficult but necessary decisions between limited and unfavorable options isn't easy or fashionable. But leading a school district or a city isn't supposed to be easy. Progress doesn't just show up unannounced. Schools don't just get new roofs magically overnight, and cities don't just become hubs of manufacturing, of innovation, of tech because the winds mysteriously blew their way.

Badams' title of his recent lecture at The Jefferson Educational Society — "As Erie's Public Schools Go, So Goes Erie" – was perhaps more apt than he realized when he planned it two months ago.

During a post-lecture question-and-answer session, he revealed that the EPS had been exploring more consolidation to be able to channel efforts into improving its infrastructure. According to Badams, Buki approved of this idea. Which makes sense given that Buki recommended Erie consider reducing its housing stock by 50,000 to better align with current population, combat blight, and improve overall housing value.

After decades of study, scholars contextualize, compare, weigh, and write history with the benefit of distance. Odysseus couldn't have been popular on the boat when he told his men to sail between a rock and hard place. But there's a reason we still use that saying to size up a situation. Erie School District has its Odysseus. Does the City of Erie?