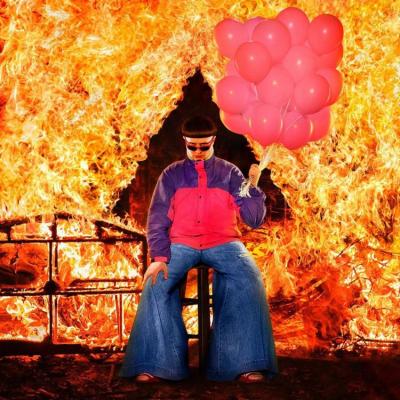 Who does Oliver Tree make music for? This question feels significant considering his label essentially held the viral star's debut album hostage for over three months, with Tree supposedly not being allowed to release details on the project until he reached a certain number of Instagram followers. Ugly is Beautiful runs just 37 minutes long over the span of 14 songs, a fact that is ultimately highlighted by just how undercooked the project feels as a whole. Unfortunately, these cracks seemed predictable as Tree continued to release album singles over two years prior to the project's release. Ugly is Beautiful features 14 producers, which is surprising considering just how similar these tracks sound to each other. Start with a nu-Blink-style pop-punk chorus, add one part Marshmello-esque production, and repeat ad nauseum. Ultimately, even the best songs here — "Miracle Man," for example — are bogged down by just how similar "Hurt," or "Cash Machine," or any given track here seems to be. Tree is undoubtedly talented, and his big-budget videos are a pleasure to watch, but unfortunately, Ugly is Beautiful feels cold at best and joyless at worst.