On Any Given Election Tuesday

Would a different election strategy have won Romney the presidency?

by Jay Stevens
View ProfileFacebookTwitterGoogle+RSS Feed
December 24, 2012 at 11:38 AM 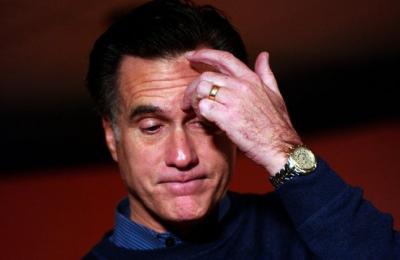 You might have seen reference to the Boston Globe's recent deconstruction of Romney's presidential campaign, but likely only to pull out this quote from Tagg Romney:

He wanted to be president less than anyone I've met in my life. He had no desire to … run.

The article lays out the missteps and miscues and other assorted errors and strategic mistakes the Romney campaign made and the Obama campaign did right. It's a pretty fascinating read, and I expect to see more and better analyses of the Obama campaign's groundbreaking and technologically advanced ground game.

That said, I'm not exactly sure if ground games and campaigns are the end-all-be-all of election outcomes.

Yes, you can lose an election if you punt a campaign. But -- and I'm getting a bit blasphemous here -- I think bad campaigns are the product of bad candidates, which are the spawn of losing political factions. That is, I don't think Romney's strategic decisions cost him the election. I don't think a different campaign would have resulted in a different outcome.

That is, I think the Obama campaign was so well funded and well run because it was more likely to win.

In that way, it's like money in politics. From the Freakonomics blog:

What Levitt's study suggests is that money doesn't necessarily cause a candidate to win — but, rather, that the kind of candidate who's attractive to voters also ends up attracting a lot of money. So winning an election and raising money do go together, just as rain and umbrellas go together. But umbrellas don't cause the rain.

The implication here is that money doesn't mean anything more than as an indicator of probable success. I would disagree with that. I would add that money allows a narrative to be created around the candidate. That is, money won't buy you an election, but it does get you to a nationally televised podium, because the media won't take you seriously unless you have it, and from the proper sources. A candidate that runs on Internet-raised money bombs won't be taken seriously, either. Money gives a candidate the ability to win. The candidate still has to win, though.

So, as much as Tagg Romney and other Romney allies want to believe that the presidency was just a different ad strategy from their grasp, what's more likely is that Romney would have lost no matter what strategy he pursued, largely because of the politics he represents and the social and political conditions of the country at the time of the election.