On the Brink of Extinction A.D.

Despite what some cynics may say, heavy metal, hardcore, and punk-rock are far from extinct. 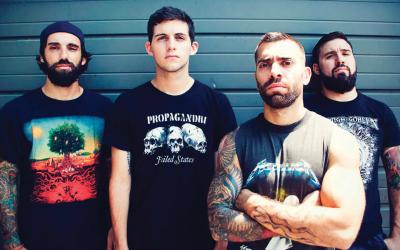 Despite what some cynics may say, heavy metal, hardcore, and punk-rock are far from extinct, and Basement Transmissions will prove it when Extinction A.D. rolls into Erie on Sunday, July 8.

The Long Island thrash quintet is unrelenting in their energy and in-your-face style of metal featured throughout their discography. Extinction A.D.'s virtuosity combined with crushing riffage allow them to appeal to any hardcore or heavy metal fan.

Opening acts for the night include Ashtabula's Cringe, whose brand of metal zigzags back and forth between thrash and grindcore (with the occasional moshcore riff thrown in, as seen on their EPs Memento Mori and Through the Mist); Shattered Utopia, the latest band in Erie to wave the Lake Effect Hardcore flag; and professional wrestling-themed punk-rock band Heel Turn.

If you're a fan of heavy music in any capacity, this is not a show you'll want to miss. Each band offers something different across the widely varied spectrum that is metal. So come out and support the local scene and touring bands. — Tommy Shannon