One If By Land // Nobody Wants to Leave

Fred Oakman has proved to be one of the most consistently fantastic, emotionally open songwriters in our region. 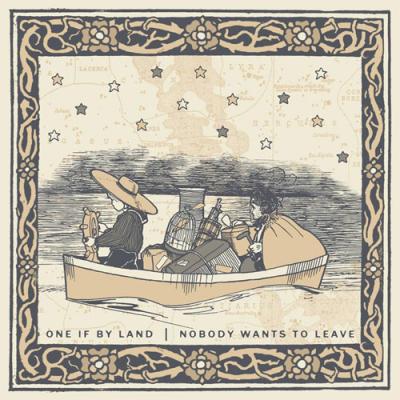 One If By Land

Nobody Wants to Leave

Over the years, Fred Oakman has proved to be one of the most consistently fantastic, emotionally open songwriters in our region. A Meadville native, Oakman fronted the progressive pop-punk band the Twirpentines. Doing the same with Signal Home, he found himself joined by Troy Messerall on guitar and Paul Dean on bass. Now, along with drummer Jim Stone, the quartet has recorded their first full length as One If By Land. The sound is still punk rock, mined from No Idea records bands and Punknews.org followers. They're a band that shares a strong history, and they're not afraid to examine it. Growing up has long been a theme for Oakman, and *Nobody Wants to Leave* draws upon the a similar biting sentimentality. It's safe to say that anyone who grew up on PA punk shows will be emotionally affected by the chorus of "Reasoner." Raw, driving, and introspective, the album is a cathartic resolution, strong from front to back. The album rises and falls, ending epically with "Living Rooms and Basements." Recorded by Messerall in his home studio, the sound is thick and balanced, powerful and sensitive. - Nick Warren