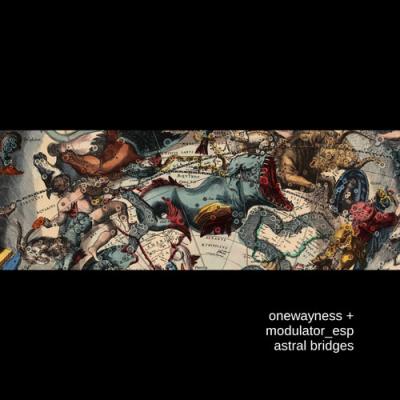 You'll be hard pressed to find a more meta recording than 2015's astounding Astral Bridges. The album features the merged work of two experimental electro-ambient artists, each of whom begins a song, then welcomes the other to join for a duo improvisation, and then departs, leaving the other to finish the work before moving onto the next piece in which the formula is repeated. What's more, these songs were recorded during the duo's East Coast, U.S. tour, culminating in an appearance at the Electro-Music Festival. Heady is the concept; beautiful and seamless are the results. The three ethereal soundscapes flow with ease, each additional layer adding weight to the composition without burying the original foundation. Noticing the division between "bridges" and artists proves challenging, ultimately rewarding the listener with an audacious aural journey with two expert guides working as one. – Ben Speggen