According to the U.S. Department of Health and Human Services, approximately 54 million?or one in every five people?in the United States are living with a disability. 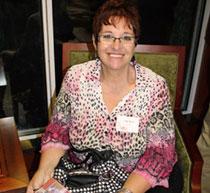 According to the U.S. Department of Health and Human Services, approximately 54 million—or one in every five people—in the United States are living with a disability. And as we age, the likelihood of having a disability of some kind increases. One of the great local organizations that assist those living with disabilities is the Erie Homes for Children and Adults. The mission of the EHCA is to assist people with disabilities to live rich and fulfilling lives.

Since its humble beginnings as a temporary home for infants in need, the agency has evolved into 16 group homes providing specialized residential care for children and adults.  In addition, through ten programs, including residential and community-based services, EHCA improves the lives of nearly 300 people and their families every day across Erie, Crawford, Venango, and Potter counties.

So, you remember those do-gooders I was talking about in my column last issue? Yeah, these folks are one (several) of them.

Okay, so all the do-goodness aside (and yes I'm aware do-goodness is really not a word), this group is now a century old. While every year should be celebrated to its fullest, it's a rare thing to see 100 years. So, how did they do it? Simply put: because of you. So, therefore, to thank all of you fine upstanding members of the community, the good folks at EHCA have decided to celebrate all year long – in hopes that at some point you'll be there to help toast this grand feat.

EHCA will kick off the festivities with a private cocktail reception next Thursday, Jan. 19, where Executive Director Paul Carpenedo, alongside board President Ed Smith and President-elect Tim Wachter, will all help to say thank you to the many individuals of the local community that have helped support them over the years. But keep your eyes open for several public programs that will run through the end of 2012. There will be awareness events in late spring and early fall, alongside two major fundraisers, "Spring Swing" (which will be held on April 20, 2012), and "Kegs and Corks," a beer and wine-themed event that will be held in October. The theme of the celebration is appropriately titled, "Stitching Together A Century of Stories," as they will commence the year with a memory quilt project. Through the help of the staff and family members, all the residents and clients EHCA serves are working on small quilts that have a collection of memories attached and will be on display at the end of the year. In addition, collectively they are all creating a large quilt that will hang in the main lobby –serving as a recognition piece (instead of your typical plaque).

Want to know more? Individuals from the community are invited to learn more about EHCA. On a monthly basis, EHCA holds luncheons that includes a short program and tour. The next one will be held January 26. For more information or to sign up, call Jim Steber at 454.1534.