by Alex Bieler
View ProfileFacebookTwitterInstagramGoogle+RSS Feed
August 6, 2014 at 8:30 AM 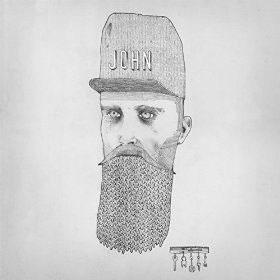 Even when he's not writing material for Frightened Rabbit, Scott Hutchinson can't help but seem rather glum. That defining characteristic, as well as Hutchinson's general penchant for self-deprecation, has helped define the Scottish quintet's discography, but after 10 years recording with Frightened Rabbit, it was time for Hutchinson to test some solo material as Owl John. The result is a self-titled, 10-track effort that allows Hutchinson to test out some sounds that wouldn't quite fit in with his other band, but allow the mercurial musician another outlet for release. The results are pretty positive overall, despite topics of alienation, growing tired of old loves, and the state of popular music. "Songs About Roses" takes that last subject and sets it in a familiar sonic landscape for Frightened Rabbit fans, whereas "Hate Song" finds Hutchinson embracing more a more abrasive style. Owl John has it's missteps, but Hutchinson has plenty of highlights to make his solo effort interesting.