Pennsylvania Republican legislators back off on a bill that would require mandatory ultrasounds for women seeking abortion. 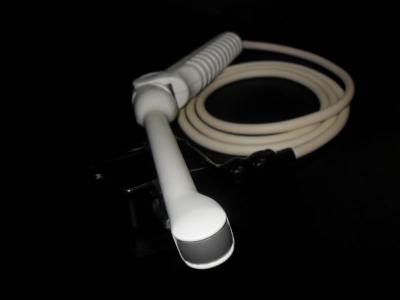 You may be following the news that Virginia recently passed a bill that mandates ultrasounds for women seeking abortion. Virginia's bill made national headlines largely because its provisions would have required transvaginal ultrasound procedure, which to some sounded an awful lot like government-sponsored rape:

Because the great majority of abortions occur during the first 12 weeks, that means most women will be forced to have a transvaginal procedure, in which a probe is inserted into the vagina, and then moved around until an ultrasound image is produced. Since a proposed amendment to the bill—a provision that would have had the patient consent to this bodily intrusion or allowed the physician to opt not to do the vaginal ultrasound—failed on 64-34 vote, the law provides that women seeking an abortion in Virginia will be forcibly penetrated for no medical reason. I am not the first person to note that under any other set of facts, that would constitute rape under the federal definition.

(Whether or not this is hyperbole -- some argue consent is implicit in agreeing to an abortion -- probably depends on your point of view, tho' I suspect if your point of view is at the wrong end of the transducer, you'd probably agree with Lithwick.)

Since then, the Virginia has backed off a little on the bill, and only mandates an external ultrasound.

Pennsylvania Republicans introduced a bill similar to Virginia's original bill, but with some extra added bits:

Critics say provisions in the bill, which include a requirement that the view screen for an ultrasound to be placed within a woman's field of vision is intended to make women change their mind. Rapp's bill would allow women to look away from the display.

In addition, the doctor or technician who performs the ultrasound would have to verify in writing whether the woman accepted or refused opportunities to view the image of listen to the fetal heartbeat when it's present and detectable. That documentation would be placed in the woman's permanent medical record.

The bill recently made it through committee and was originally scheduled to go to the floor for a vote later this month.

Only late last week, the vote was postponed:

Stephen Miskin, spokesman for House majority leader Mike Turzai, R-28, Pittsburgh, confirmed the delay Wednesday night, citing concerns raised by the medical community. He said there is no timeline to take up the legislation.

The Pennsylvania Medical Society opposes the bill on grounds it could interfere with the physician-patient relationship. The bill would set a dangerous precedent by legislating specific diagnostic protocols, the society said.

This is a vital point lost in the is-it or is-it-not debate on whether the procedure is "rape." Mandated medical procedures based solely on political considerations obviously cross a dangerous line.

Of course, it's not likely the bill was really pulled for those reasons. What's more probable is that the national furor over the Virgnia bill gave Pennsylvania legislators pause. Whether it's just to "soften" the bill to something like Virginia's or not remains to be seen.