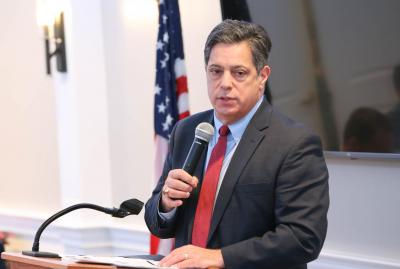 In light of recent episodes of injustice and brutality, Pennsylvania State Democrats are rolling out a comprehensive legislative package to ensure police accountability. Two pieces of legislation, Senate Bill 459 and Senate Bill 1205, have already passed unanimously.

State Bill 459, sponsored by Senate Democratic Leader Jay Costa Jr. (D - Allegheny), addresses the development of force and deadly force policies among local governments. It requires that all use of force incidents be fully documented, including the rationale for the use of force and a complete accounting of any injuries, property damage, and/or death. These records will be forwarded to the Pennsylvania State Police and General Assembly for recordkeeping and review.

State Bill 1205, sponsored by Senator Sharif Street (D - Philadelphia), is mainly directed at the prohibition of chokeholds and/or strangleholds in the detainment of an individual. Its second aim is transparency — that a municipal police department's use of force policies are clear to both law enforcement and the general public, and that officers are trained and held to those standards.

Additional proposed police reform legislation will focus on police education and training, introduce more professional oversight including civilian review boards, establish explicit boundaries and protocols in regard to escalation and use of force, alleviate officer stresses (including potentially offering better pay), enhancing civil asset forfeiture protections (i.e. limiting the degree to which personal property can be confiscated, even without formal charges), and penalizing false reporting of wrongdoings based on race and ethnicity.

Said Senator Street of the reforms: "The murder of George of Floyd was a flashpoint that has forced us to reimagine public safety. People from all walks of life converged on cities across America to declare simply 'Black Lives Matter.' Prohibiting chokeholds and mandating development of established use of force policies for every law enforcement agency in our commonwealth are essential reforms long overdue. I'm proud to join my colleagues from across the aisle to ensure our communities' expressions of frustration, pain, and protest do not ring hollow."