by Jay Stevens
View ProfileFacebookTwitterGoogle+RSS Feed
April 20, 2012 at 10:02 AM 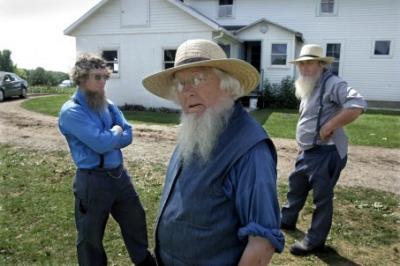 It turns out Pennsylvania's new voter ID law poses some problems for those with religious objections to getting their photo taken:

To get a nonphoto ID for religious reasons, applicants must answer a series of 18 questions that delve deeply into their faiths and other personal information.

Now that Pennsylvania has passed one of the nation's toughest voter ID laws to prevent voter fraud, the scope of the questions is drawing criticism.

The first item on PennDOT's form asks applicants to "describe your religion." It is followed by more questions that devout followers might struggle to answer, and some that inquire about the lives of family members.

How many members are there of your religion?

What's the process by which you came to the religion?

What religious practices do you observe?

Do other family members hold the same religious beliefs?

Submitting that form, once notarized, is not enough. Applicants must fill out another form.

Where are all the people who were up in arms over employers with religious objections having to pay insurance that covers contraceptives for their employees? Freedom from contraceptives isn't a Constitutional right; voting is.

Let's see. The bill is costing taxpayers to solve a problem that doesn't exist, and it's unnecessarily intrusive into the private, religious views of Pennsylvania citizens. Remind me, why is this a Republican fetish?