Parenting, poverty, and poetry collide in The Florida Project

The Florida Project isn't a "feel-good" movie, but it definitely belongs in the "must-see" pile. 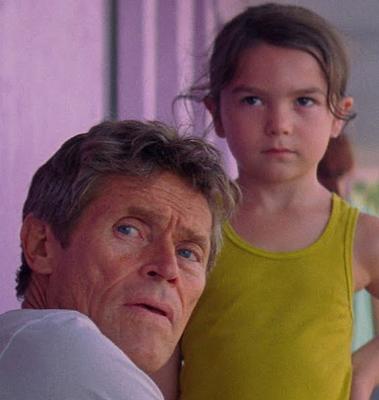 Six-year-old Moonee is, by any rational estimation, a pretty bad kid. She spits on cars, curses out adults, panhandles for ice cream, and lights things on fire. Her mother Halley is the kind of unemployed, tattooed, chain-smoker you might find on the receiving end of a lecture from Dr. Phil. They live in a rundown motel a few miles outside of Disney World in Orlando, scraping by through a variety of semi-legal hustles. Their future is not bright.

But The Florida Project is neither a cautionary tale nor a tragedy. By telling the story through the eyes of a rebellious young child, director Sean Baker arrives at something remarkably empathetic. Moonee's mischief is as daring as it is disrespectful, and you can't help to root for her as she orchestrates her ill-advised schemes. What her mother lacks in maturity is made up with emotional intelligence, and her belligerence often masks a genuine desire to protect her daughter from the grinding realities of adulthood.

The Florida Project is that rare film where almost every character is treated with care and generosity. I found myself rooting for misbehaving kids one minute, and the exasperated adults who have to scold them the next. Nearly everyone in the movie is dead broke, and each person finds a way to remain engaged with the world in spite of it. There's a current of optimism beneath the film's crusty surface that sets it apart from the usual Oscar-fodder about poverty. I wouldn't necessarily categorize it as a "feel-good" movie, but it definitely belongs in the "must-see" pile.

Move it to the top of the pile with a special screening at the Bourbon Barrel as part of the The Film Society of NWPA's ongoing "Film Grain" movie series. — Dan Schank