Brooklyn-based four-piece Parquet Courts have another weird, wonderful album on their hands. 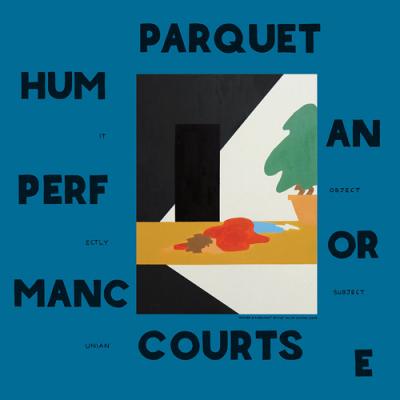 Brooklyn-based four-piece Parquet Courts have another weird, wonderful album on their hands. The digital record begins with a slightly out-of-tune, repetitive riff that's reminiscent of the Minutemen's "Already Dead." For the traditional release, "Dust" opens the album, with a more hypnotic post-punk groove. It's a rare thing to find an alternate opening track, especially one so distinct in tone. You kind of get the feeling that the band doesn't exactly care; or more accurately, that they don't want you to think they care. The lyrics are artful and brilliant, projecting an outsider naivete. Misleading phonetic non sequiturs are heavily represented here. Tracks like "Captive of the Sun" echo the metered art student talk-rap of Beck's "Loser."  "One Man, No City" sounds like it actually might be a Talking Heads demo, replete with bongo accompaniment. Echoing the charming goofiness of bands like the Modern Lovers sounds easy, but succeeding in such a feat is incredibly difficult. Parquet Courts made a splash in 2014 with two full albums, Sunbathing Animal, and Content Nausea. The energy of Human Performance is dialed back a fair amount, giving you a new sound to wrap your head around. – Nick Warren