The shift of No Grace, with its Blink-182 inspired sound might not be much of a surprise.

by Nick Warren
View ProfileTwitterInstagramRSS Feed
July 6, 2016 at 10:45 AM 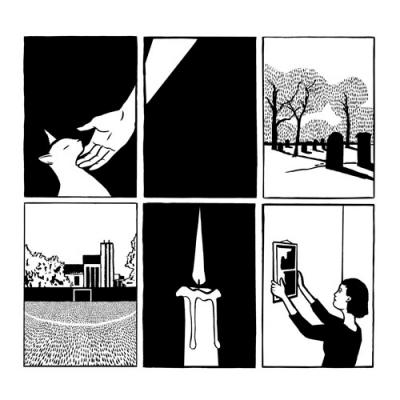 Many of today's late-20-somethings share a soft spot for the pop punk of their youth. The shift of No Grace, with its Blink-182 inspired sound might not be much of a surprise. Even after listening to this album a handful of times, one could still be shocked to find out that the producer was none other than Blink-182's Mark Hoppus. With this information, it's easy to mistakenly picture PAWS as little more than a vehicle for the producer's ideas. Hearing the album's eponymous opening track, the listener instantly recalls the inescapable Vans commercial that was "The Rock Show." That being said, some things may be good to spread. This album is highly listenable and insatiably catchy. Track highlights include "Impermanent," "Clarity," and "Gild the Lily." The band's first two albums, 2012's Cokefloat and 2014's Youth Culture Forever, were fantastic records. This trio from Glasgow, Scotland knows how to make great music. At the end of the day, maybe PAWS have simply made a record that's a little less lo-fi, at a faster and more consistent tempo – and there's some grace in that. – Nick Warren