Obstructionist attempts to delay action are denied in court. 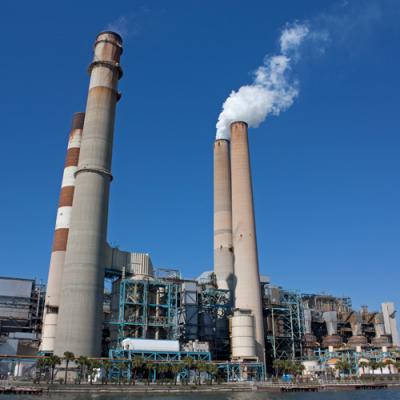 The effort to reduce carbon pollution and improve public health and our environment has won an important victory. The D.C. Circuit Court of Appeals recently denied a stay of the U.S. Environmental Protection Agency's Clean Power Plan being sought by big industry polluters and their allies. Yet again, the courts have affirmed that the Clean Power Plan is based on a strong legal foundation and rejected obstructionist attempts to delay progress. Legal challenges from opponents will likely continue, but the momentum toward a cleaner, healthier environment and stronger economy is undeniable and has never been more powerful.

The Clean Power Plan sets the first-ever limits on carbon pollution from existing power plants. It is a historic opportunity to reduce climate change and harmful air pollution as well as invest in the people and technologies that will produce cleaner sources of energy and increase energy efficiency. A broad constituency both across the nation and here in Pennsylvania has spoken out during comment periods and public hearings to express their support for the plan. The time for delay is over.

The EPA recognizes that each state has its own unique energy mix and that flexibility is necessary to meet the Clean Power Plan carbon reduction targets. To that end, the agency has given each state the authority and autonomy to develop its own plan. One would think that all the nation's governors would appreciate this deference to state's rights and take charge to develop a plan that works best for their citizens. Instead, some governors joined polluters in the lawsuit to stay the Clean Power Plan.

The good news is that while this won't be the end of court challenges from polluters and their allies, they can't stop states such as Pennsylvania from being proactive. Gov. Wolf and Pennsylvania Department of Environmental Protection (DEP) Secretary Quigley recognize that while the task has it challenges, climate change is already changing Pennsylvania in ways that harm our health and economy and that the work is worth the end result. Pennsylvanians should be glad that Gov. Wolf is in fact among a small group of governors who are acting as national leaders by developing a strong and timely state plan.

Under the Wolf administration, Pennsylvania's DEP has been proactively developing its own Clean Power Plan. Pa. DEP held a substantial public comment period including 14 listening sessions across the state, where a majority of Pennsylvanians voiced their support for this important action. This mirrors the national trends, as two-thirds of Americans endorse climate action. The agency will hold additional hearings to obtain public feedback once the draft plan is released later this year and Secretary Quigley has committed to submitting Pennsylvania's state Clean Power Plan to the EPA by a September 2016 deadline.

Delaying the implementation of the Clean Power Plan is not simply a court battle. Kicking the can down the road and stalling carbon cleanup efforts has real impacts on our health and environment.

Delaying the implementation of the Clean Power Plan is not simply a court battle. Kicking the can down the road and stalling carbon cleanup efforts has real impacts on our health and environment. Those who suffer from asthma and other respiratory illnesses suffer when carbon pollution exacerbates the formation of ozone, a powerful lung irritant. Children, and especially children with asthma, are particularly vulnerable to ozone and other dangerous air pollutants. Delays to the Clean Power Plan mean delays in their relief from asthma attacks, hospital visits, and missed days at school.

Forward-thinking utilities and businesses are no longer waiting to take action. They see the trend toward cleaner and more efficient energy technologies and are making the investments today in safer and more sustainable options. Customers are driving the demand for power from wind, solar, hydro, and other sources that do not endanger public health. Efficiency measures can also provide tremendous potential for cutting carbon pollution. Clean energy is good for both our health and our economy.

Multiple court decisions have upheld Clean Air Act pollution limits such as those contained in the Clean Power Plan. The appeals court decision is yet another signal for lagging states to get moving on their own plans to reduce carbon emissions and for those like Pennsylvania, which are leading the way, to continue on the right track.