Pick of the Week: Paraag Shukla

by Jay Stevens
View ProfileFacebookTwitterGoogle+RSS Feed
May 3, 2012 at 10:56 AM 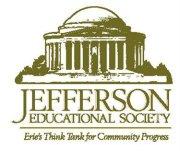 In October of 2001, a coalition of U.S.-led forces invaded Afghanistan in response to the September 11, 2001, attack on New York, ostensibly to destroy al Qaeda and the militant Islamic Taliban government that housed the terrorist organization. Now, more than 10 years later, the Taliban is an insurgency group, al Qaeda is in tatters, and Osama bin Laden is dead. The cost has been high: $500 billion to American taxpayers, and more than 1,900 in Americans' lives and nearly 30,000 in Afghans'.

Yet we remain. Why are we there? What are the goals of the United States? How much longer will we stay?

And why is no one talking about it? According to a 2010 New York Times report, only 4 percent of mainstream media coverage was devoted to the war. Things have hardly improved since: so far during the 2012 presidential election season, Afghanistan has barely earned mention.

Into the breach steps Paraag Shukla, a research analyst for the Institute for the Study of War, who'll be speaking at the Jefferson Educational Society Monday, May 14, at 7 p.m., on the future of Afghanistan after a U.S. withdrawal. Shukla, a former intelligence officer for the Department of Defense, is an expert on Afghanistan politics and policy, has served as an adviser for Congressional staff, and is an occasional commenter for cable news networks.

Shukla's organization, the Institute for the Study of War -- or ISW -- is a Washington, D.C. think tank and is chaired by Elizabeth Cheney, daughter of former vice president, Dick Cheney. The ISW is closely associated with the neoconservative movement, the ideologists who advocated for war in the Middle East in response to Islamic terror and provided the intellectual argument for George W. Bush's invasion of Iraq. As such, the ISW generally a proponent of long-term military involvement in the Middle East and, specifically, Afghanistan. The ISW, for example, was a cheerleader for the recent "surge" policy in that war.

Shukla himself is an expert in Afghan governance, having written several papers on the challenges to the U.S.-backed Karzai regime, including a fact-sheet on the recently drafted U.S.-Afghanistan strategic agreement -- the roadmap for the United State's future role in Afghanistan, and a document that hints at our country's fiscal and military commitment to Kabul for years to come.

"America's core objectives in the region," wrote Shukla as the lede to his fact sheet, "require a secure and stable Afghanistan, and it is imperative for U.S. leaders and policymakers to be proactive in securing a strategic agreement favorable to the United States and its allies." Shukla listed the details of the Karzai regime's demands -- handing over "all security responsibilities to the Afghans...a year earlier than previously planned," say, or the Afghan government's opposition to "night operations...targeting insurgents," which is viewed as "an affront to Afghan sovereignty."

"...Kabul will continue to rely on financial, political, and military assistance from the U.S.," finished Shukla, "[and] the United States' recent reaffirmation of its commitment to Afghanistan through a strategic partnership agreement will enable Washington to help sustain a stable and secure Afghanistan after the planned drawdown in 2014."

Shukla's finest document to date is a RAND Corporation report on counterinsurgency he co-authored for the U.S. Department of Defense. That document came at the same time the Bush administration overhauled its war effort and strategy in Iraq and Afghanistan, appointing General David Petraeus as head of U.S. forces in Iraq, who followed a strategy of counterinsurgency and "winning the populace."

But probably the coolest thing about the India-born and U.S.-raised Shukla is that he has an entry in the Internet Movie Database -- IMDb.com -- as a screenwriter for "E-Preeti," a romantic comedy. "It's kind of Bridget Jones meets Bollywood," said director Shilpa Priya Jagadeesh in a Washington Post interview.

Shukla's Twitter feed describes the analyst as a "screenwriter" and "actor," hinting at a possible and entertaining digression in the Monday lecture.

Editors' note: Jay Stevens reported that ISW is chaired by Elizabeth Cheney. While Cheney served as chairwoman of the board from 2008 to 2010, the organization is run and officially directed by its President and Founder Dr. Kimberly Kagan. The current Chairman of the Board is Gen. Jack Keane. The Erie Reader regrets this error.